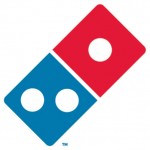 Domino’s Pizza, is launching its new Spanish-language ordering app for smartphones, available immediately. With this update to its current app, Domino’s currently covers more than 80 percent of smartphones, and will now offer a language alternative for Hispanic consumers.

The app, and its Spanish-language update, join an already strong mobile ordering lineup that features the English version for the Apple iPhone®, Android phones and Amazon’s Kindle Fire®, along with a full-feature mobile ordering site at http://mobile.dominos.com. The new app allows Spanish-speaking customers the ability to order from nearly every Domino’s store in the U.S. from the palm of their hand and with just a few taps on their screens. Que bien!

“We are committed to making sure we’re connecting with all our customers wherever they are,” said Russell Weiner, Domino’s Pizza chief marketing officer. “Now, that means providing Spanish-speaking users with the convenience of ordering from their mobile devices in a language that they are most comfortable with.”

The new update is designed for customers whose primary language is Spanish, benefiting customers who have their mobile device primarily set to Spanish. Much like the English version of the app, the Domino’s Spanish-language app gives customers instant access to the full Domino’s menu, as well as local and national coupons. Users can also search for the closest Domino’s location, and can utilize the fan favorite Pizza Tracker to follow the stages of their order, from the oven to their door.

Domino’s incredible mobile ordering, along with traditional online ordering, makes up 30 percent of Domino’s sales. Domino’s estimates it is one of the top ten e-commerce retailers when measured by number of transactions. Customers can order online at www.dominos.com.

The Domino’s Spanish language app is available for free from the App Store on iPhone and iPod touch, at www.itunes.com/appstore or the Amazon Appstore and Google Play store on Android phones.