By Newsroom on November 3, 2016Comments Off on Droga5 Launches Epic ’80 Years of Torment’ Spot For Rustlers

Droga5 London is repositioning Rustlers with a new campaign that takes the idea that the past was a glorious time in which to be alive and turns it on its head.

The film, which launches Rustlers’ new flame grilled burger, follows a man’s life from boyhood to old age, showing the hardships of chimney sweeping, getting caned at school, entering the army, having to queue up on the breadline, protests in the 60s, strikes in the 80s, aerobics classes and 90s dance nights. 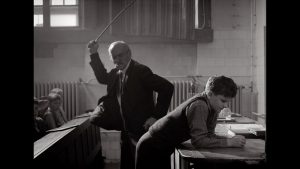 It ends with the now elderly man sitting in his kitchen where he is finally seen smiling before tucking into a “proper flame grilled burger” from Rustlers that cooks in just 90 seconds. The end line is: “What a time to be alive”.

The campaign is designed to engage the brand’s core target audience of 16-24s, while also appealing to the parents who buy it by promoting its quality credentials through an emphasis on its unique flame grilled cooking process.

It runs across TV, cinema, outdoor and digital platforms and breaks on Friday, 4th November.

David Kolbusz, Chief Creative Officer at Droga5 London, said: “Long the late night snack of drunken louts and moody teenagers, Rustlers burgers are surprisingly delicious. They’ve just gotten a bum rap. Our mission was to align the perception with reality. Made from beef that can be traced back to their farm of origin, these little miracles are flame-grilled and ready to eat in 90 seconds. When you think about it, that’s kind of amazing. Especially in the context of human history. Did you know that as recently as 1986 they were still beating children in schools? Bon appétit!” 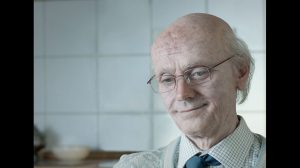 The film was shot in Hungary. According to Kolbusz, “Budapest is a great place to shoot if you’re looking for a Venn diagram of depressing meets cinematic”.

Simon Walker, the Chief Executive at Rustlers, said: “We are extremely excited about the launch of this new campaign which is a real step change for Rustlers. The entertainment value in the creative will capture the attention of our audience whilst delivering against our objective of putting our unique flame grilled cooking process at the heart of the Rustlers brand.”

Droga5 Launches Epic ’80 Years of Torment’ Spot For Rustlers added by Newsroom on November 3, 2016
View all posts by Newsroom →