By Newsroom on February 6, 2014Comments Off on Emilio Estefan & Botran Rums: Classics Blended To A New Beat 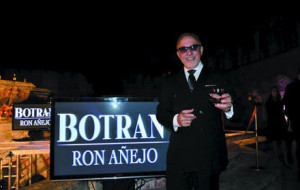 19-time Grammy Award-winning producer and entrepreneur Emilio Estefan, and leading fine rum producer Botran Rum, announced they are officially joining together two entities that have been residing on the same plane of production excellence for many years now.

Emilio’s appreciation for tradition aligns with the values Botran Rum has held in such high regard for nearly 75 years. Through this association, Estefan will lead a multi-channel marketing campaign through the US with the mantra “The Night Begins with Botran.”

The campaign furthers the sentiment that Botran Rum perfectly complements life’s most memorable moments. Known for his quality productions and fine taste, Emilio has once again discovered another element in Botran Rum to enhance our cherished experiences. The acclaimed industry icon has expressed his respect for the deeply rooted tradition that the Botran family has committed itself to.

“Personally, I understand what it means to take great pride in what you produce, I have the utmost respect for the product that Botran creates. This relationship provides a platform for me to introduce a product that I truly enjoy to everyone around the world,” says Emilio Estefan. 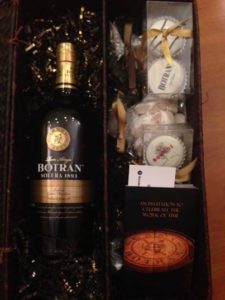 “Initially, I was drawn in by the distinctive flavors found in this aged rum. I feel it complements our most exciting moments. Once I learned about the brand’s history and their unique production method, I was convinced this would be a great alliance.”

Botran Rums have been the production of a storied Guatemalan family distillery since 1939. The time-honored process the Botran family members have committed themselves to continues to produce the most treasured rum of their home country. The appreciation for Botran Rum extends globally, reaching across Europe, the Caribbean, Mexico, Central and South America.

“As a premiere Latin artist, tastemaker and global icon, Emilio embodies what our brand stands for — a commitment to heritage, tradition and a passion for fine taste. This relationship will allow us to blend together two brands with the same passion for production,” said Roberto Garcia Botran, president and CEO for Botran Rum.

Emilio Estefan & Botran Rums: Classics Blended To A New Beat added by Newsroom on February 6, 2014
View all posts by Newsroom →