By Newsroom on May 31, 2013Comments Off on Food & Beverage Companies Surpass 2015 Goal Of Reducing Calories In The U.S. 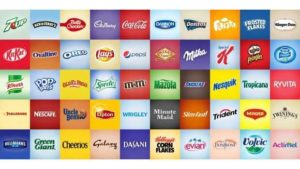 The Healthy Weight Commitment Foundation (HWCF) today announced that America’s top food and beverage companies have exceeded their goal of reducing 1.5 trillion calories in the marketplace in the United States.

This announcement comes three years after a 2010 commitment by the HWCF, and its 16 food and beverage corporate partners, to the First Lady’s Partnership for a Healthier America (PHA) to reduce calories by 1.5 trillion by 2015.

“Our industry has an important role to play in helping people lead healthy lives and our actions are having a positive impact,” said Indra Nooyi, HWCF Chair, Chairman and CEO of PepsiCo.

“We see continued opportunities to give consumers the choices they’re looking for and to work collaboratively with the public and non-profit sectors on initiatives that enable continued progress.”

The progress report showcased that the HWCF calorie reduction in the marketplace since our baseline year of 2007 was achieved by giving new choices and continued great taste for the consumer.

“We continue to thank the First Lady for her leadership in calling for national action to end childhood obesity,” said Lisa Gable, president of the HWCF.  “In 2010 we pledged that we would reduce calories in the marketplace and we have delivered on that promise.”

“Today we are seeing an example of what can happen when the public and private sectors join forces – you get results,” said Glickman. “The leading food and beverage companies in the country came together to form this first-of-its kind foundation because they knew they could make a difference, and they have.”

Additionally, HWCF has reported annually to the PHA on the progress that has been made toward this pledge.

RWJF, the nation’s largest philanthropy devoted exclusively to improving the health and health care of all Americans, is supporting a rigorous, independent evaluation to determine whether HWCF has met its calorie-reduction goal.

That evaluation will be released in the fall.  Follow-up studies supported by RWJF also will evaluate subsequent effects on children’s diets.

“Today’s report from the Healthy Weight Commitment Foundation (HWCF) offers further indication that consumer demand is shifting toward healthier choices. We are pleased that HWCF’s participating companies are a key part of this transformation,” said Larry Soler, president and CEO of the PHA.

“HWCF was one of the first organizations to sign on with PHA, which is committed to working with the private sector to help end the childhood obesity crisis within a generation. Our partners know that a commitment made is a commitment kept – it’s part of what makes them leaders and worthy of praise. So while HWCF’s numbers look positive, we look forward to the findings of the independent evaluation funded by the Robert Wood Johnson Foundation, which is available in the fall.”

Food & Beverage Companies Surpass 2015 Goal Of Reducing Calories In The U.S. added by Newsroom on May 31, 2013
View all posts by Newsroom →