By Newsroom on November 13, 2014Comments Off on Glenfiddich Introduces ‘The Original’ Whisky 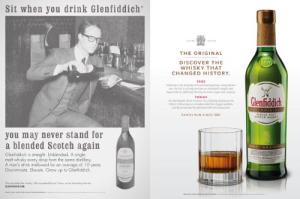 Glenfiddich reveals ‘The Original’ whisky. A unique expression inspired by the 1963 Straight Malt, the first ever single malt to be actively marketed internationally, effectively establishing the entire single malt category we know today.

A reproduction of the original Glenfiddich Straight Malt, this release is an exclusive addition to the family run distiller’s collection of whiskies and will be available exclusively in the US, and Taiwan in 2014.

According to the brand, 1963 was the year the whisky world changed forever when Sandy Grant Gordon and Charles Grant Gordon, following in the footsteps of their pioneering forefathers, took the bold decision to launch Glenfiddich Straight Malt – the term used to describe single malt – worldwide, something no other distiller had done before.

Previously blended whisky dominated the market and single malt was only available on request to very few in the know. Now a new whisky category was born and for the first time it was available worldwide. 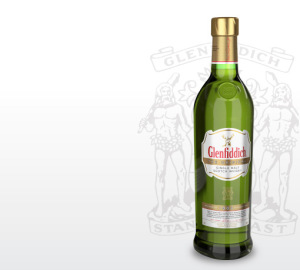 Today, Glenfiddich’s Malt Master, Brian Kinsman, has faithfully replicated a true taste of history. By skilfully nosing and tasting the original 1963 sample and following the original recipe from one of Glenfiddich’s 1960s leather bound ledgers; he has exactly reproduced its celebrated fresh and fruity taste.

Brian Kinsman commented: “Glenfiddich has an unrivalled collection of rare and aged single malts from which we can draw on to create innovative whiskies. Using this collection we were able to replicate the original Glenfiddich Straight Malt. Glenfiddich The Original is a true taste of history. It’s an honour to unveil this exclusive whisky which is light and fruity with hints of sherry spice from the European oak sherry butts that were predominantly used in the 1960s.”

The heritage of Glenfiddich The Original is reflected through the bottle design. Presented in the iconic triangular bottle, it sits in a classic black presentation box embossed with gold. The limited edition expression also comes with a booklet that details the whisky’s rich history, making Glenfiddich The Original a unique experience for single malt aficionados.

Glenfiddich Original will be 40% ABV and available in select markets nationwide beginning November 2014 in luxury whisky retail outlets and premium establishments for a recommended retail price of $99.99 for a 750ml bottle.

Glenfiddich Introduces ‘The Original’ Whisky added by Newsroom on November 13, 2014
View all posts by Newsroom →