By Newsroom on March 4, 2014Comments Off on Got Milk? Is Here to Stay 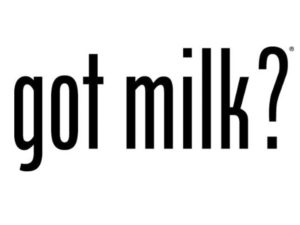 Following widespread reports that the “got milk?” slogan has been shelved, the California Milk Processor Board (CMPB), its creator, wants to remind us all that the tag line and campaign are very much alive and thriving in California.

Conceived by agency Goodby, Silverstein & Partners for the CMPB in 1993, “got milk?” became so successful it was quickly licensed and adopted by the national Milk Processor Education Program (MilkPEP) for use in their Milk Mustache campaign (which originally carried the line, “MILK – What a surprise!”, and then transitioned to “MILK – Where’s your mustache?”).  MilkPEP also ran the California TV campaign for four years.

Since 1996, however, the work in California and the work from the national board have been totally separate creations, linked only by the “got milk?” tag. 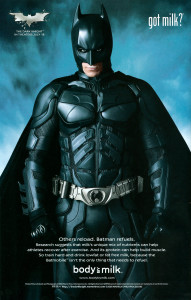 Over the past two decades, “got milk?” regularly tests at the top of all beverage advertising slogans, and remains one of the most honored campaigns in advertising history.

“To paraphrase Mark Twain, reports of the end of “got milk?” are greatly exaggerated,” says Steve James, executive director of the CMPB. “The national milk trade group has decided to move away from its Milk Mustache campaign and develop a new tag line, but “got milk?” and its consumer equity continue to be very much alive in California. We wish them luck, but the fact remains that the California board anticipates using our beloved slogan for many years to come.”

The first “got milk?” commercial ran on October 29, 1993. It featured a history aficionado listening to a radio call-in show while eating a mouthful of peanut butter. The listener desperately lunged for a carton of milk as he mouthed the unintelligible answer to the $10,000 trivia question, “Aaron Burr.”  This commercial remains one of the most popular and easily recalled spot in advertising history.

Got Milk? Is Here to Stay added by Newsroom on March 4, 2014
View all posts by Newsroom →