By Newsroom on June 11, 2014Comments Off on Graham Wall’s FAB Experience 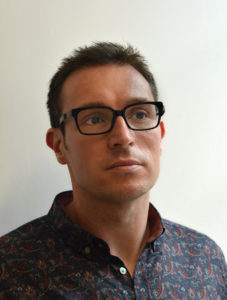 Fresh off another FAB season, Food & Beverage News’ exclusive partnership with the International Food and Beverage Creative Excellence Awards saw us get access to some closed doors, such as the judging session.

On the 16th year of The FAB Awards we got to sit down with the Jury Chair of the Advertising, Interactive and Digital categories, Graham Wall.

Graham, who is the Executive Creative Director at Table19, has previously worked for the likes of The Marketing Store, Billington Cartmell, Rapier and Rapp.

Graham is no stranger to the judging scene, he has judged at The FAB Awards twice before in 2012 and 2013, as well as the DMA Awards and the MMAs.

“I got into judging for two reasons,” recounted Graham. “The first is that it’s the best way to be inspired. Agencies and brands enter awards when they think they’ve pushed boundaries – when they think they’ve created a powerful thought and beautiful execution. And nothing fires me up like seeing innovative, insightful and exciting ideas from around the world.” 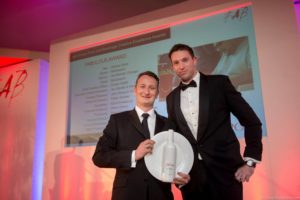 “The second is to stretch myself by working with the best and brightest our industry has to offer. Most juries are made up of Creative Directors. And most Creative Directors have reached their position because they’re interesting, inspiring and above all supremely talented people. So surrounding myself with them and great work for a couple of days seemed like the best way to both learn and test myself,” continued Graham.

So what keeps him coming back to The FAB Awards?

“The first thing that I always say about The FAB Awards is that, I have been fortunate enough to work with them for 3 years now and I feel they are a very special awards. It is genuinely a global award and you see work from different markets from different continents. Therefore when you give a FAB or a FABulous, you feel like you are awarding the best work in the world.” 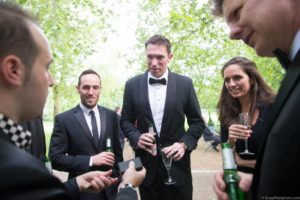 “The second thing is that the integrity (FAB Awards President) Neeraj put into running it means that every award gets fair prominence. That might sound like an obvious thing but it’s not something all awards do.”

“Even though we as judges are not suppose to know, which agency shot the ad, because of a massive PR these days you tend to get an idea and some times judges tend to favour ads shot by certain agencies or Creative Directors. Where as The FAB Awards gives fair balance to every entry entered. The team run it in a way that you get a sense the awards are for best creative excellence, rather than politics.”

It was Graham’s first time Chairing the Advertising, Interactive and Digital jury. However, his passion for The FAB Awards, his beliefs and his previous experience judging, kept him in good stead over the judging process this year. 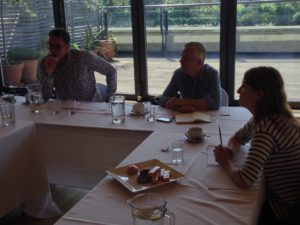 “Oh it was brilliant! I would jump on the chance to do it again. It is something that was a real honour for me to do, especially because I care so much about these awards and believe in them and am so passionate about them,” revealed Graham.

“I think I have very definite principles in the way judges should operate. I think each entry should be given a fair hearing and I’m not interested in who created it and who was the Creative Director. Also I think we should have a panel of people who question things and bring different ways of looking at the entries to the table. But over all I think there should be one person who leads it. I think everyone should have a voice but the chair should give it a definite direction. And I’m quite a bossy sod,” said Graham with a cheeky smile. 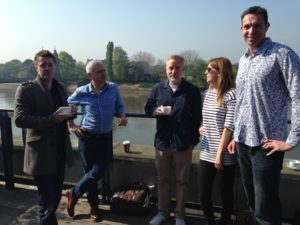 “It’s the most I have enjoyed doing a panel. And I think they way I was involved not just on the day of judging, but also help select a balanced panel, to work with the organizing team to understand the cutoff point for the entries that get shortlisted for deliberations, and then to be involved in selecting the Agency of the Year, felt like a real partnership. And that feeling of partnership I think is unique to The FAB Awards.”

So having had such a long-standing collaboration with FAB what changes would Graham like to see implemented for the future?

“Well the main thing I would like to see is a limit be introduced for the length of entry videos,” said Graham. “Every year you get entries from regions which are like 10 minutes long. I think a limit of 60-90 seconds should be implemented, because there are so many to go through and a limit would help speed the process up. But overall I think Neeraj has been doing this for a while now and I think he has a good handle on the process.”

Having witnessed over hundred projects from around the world we asked Graham if there was any one entry that wowed him in particular this year.

“There was one project that really stood out to me and that was McDonald’s ‘Literacy Store’. It was truly exceptional because everything about it was what I think an award entry should be. It told a story beautifully. The idea was brought to life in a magical way and when it finished I just clapped a little bit. The way that the campaign drew you in was brilliant. There is a genuine problem with literacy and McDonald’s have not only creatively dealt with that, the production and execution was astonishing. To take over an entire store was excellent and the way the problem was resolved was brilliant.”

Also having seen all the work Graham noticed a few trends emerging from this year’s FAB Awards.

You can click below hear what these trends are:

To end the chat Graham encouraged brands and agencies to enter their work in The FAB Awards, if they want their work to get fair recognition and be judged against a global presence. So that if they walk away with an award they can truly claim are the one of the best in that category in the world.

(M Prasad is Sr. Journalist and Features Editor at www.fabnews.live)