Grip and KFC Celebrate Families Who Work Hard For Success

By Newsroom on March 9, 2017Comments Off on Grip and KFC Celebrate Families Who Work Hard For Success

Parents understand how much time and sacrifice is poured into their kid’s after school activities. When their child finally reaches the spotlight, it makes it all worthwhile. 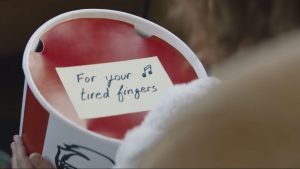 Creative agency Grip and KFC Canada have tapped into this emotional moment in their latest spot edited by Marc Langley and directed by Sparks Productions’ Ben Liam Jones. Marc deftly creates a highly watchable, visual cut that shares the story of a Dad and his daughter as she learns how to play the piano.

In “Theatre”, we see them both change throughout the years and ends with her first big concert, and the pride of a doting father. 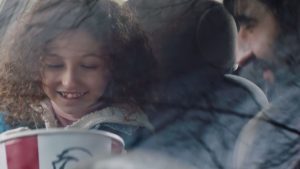 KFC’s Stephen Scarrow, Senior Marketing Manager, Advertising & Media, says “The KFC Canada team is exceptionally proud of the “Theatre” ad. Rooster did a great job editing the ad to maximize the emotional power of the story, weaving a story of a Father’s pride in his workmanship, and ultimately the pride of his daughter. This brand ad was produced to support KFC’s current “Colonel’s Way” campaign, an appreciation of Colonel Sanders’ values of hard work, pride and love for the work our cooks do in-store. Thank you Rooster for helping to create such a “Finger Lickin’ Good” ad!”

Grip and KFC Celebrate Families Who Work Hard For Success added by Newsroom on March 9, 2017
View all posts by Newsroom →