By Newsroom on August 7, 2014Comments Off on Hard Rock Cafe Calls For Entries For Hollywood “Run” Of Fame 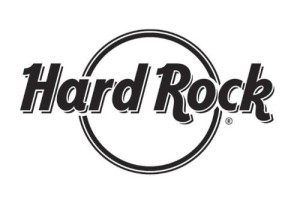 Hard Rock Cafe is shutting down Hollywood Boulevard for the second year in a row for its Run Hard Rock Cafe 5K to benefit My Friend’s Place. Registration is now underway for the race which will take place on Saturday, November 8, giving runners, walkers and rockers alike the chance to run alongside the imprints of legends down the famous Hollywood Boulevard while simultaneously giving back to the local community.

Hard Rock Cafe is partnering with Jive Live entertainment, Los Angeles’ premier authority on race production, to produce the USA Track & Field (USATF) Certified Course race. The inaugural race sold out with more than 2,400 runners on the 3.1 mile course and organizers anticipate strong demand this year as well. Run Hard Rock Cafe is the only 5K race to shut down the world-renowned Hollywood Boulevard, offering locals and tourists an opportunity pass by iconic Hollywood locations.

Proceeds from every registration fee will benefit My Friend’s Place, a local nonprofit, which is dedicated to assisting and inspiring homeless youth to build self-sufficient lives. My Friend’s Place is a privately funded organization that serves 1,500 of the homeless youth in Los Angeles. Their headquarters on the race course make their location and Hollywood community affiliation an important part of Run Hard Rock Cafe 5K. 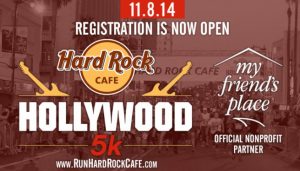 For a limited time the Run Hard Rock registration fee is $45 – a savings of $10 available only through Monday, September 15. Registration is available online here. Hard Rock Cafe Hollywood on Hollywood Boulevard will be open post -race for celebratory food and drinks.

Hard Rock Cafe Calls For Entries For Hollywood “Run” Of Fame added by Newsroom on August 7, 2014
View all posts by Newsroom →