By Newsroom on February 17, 2014Comments Off on Hershey Delivers Lancaster Soft Cremes to Consumers in the US 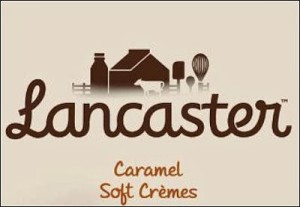 The Hershey Company announced Lancaster Soft Crèmes are now available at retailers nationwide in the USA. The rollout includes three flavors sure to satisfy every sweet tooth – Caramel, Vanilla and Caramel and Vanilla and Raspberry.

Consumers looking for a throwback to the past and a totally new caramel experience will find just that in Lancaster Soft Crèmes. The candies are carefully crafted to ensure a rich, creamy, melt-in-your mouth sensation. The new brand is rooted in Hershey’s heritage and is inspired by Milton Hershey’s original confection company, The Lancaster Caramel Company.

“With the new Lancaster brand available nationwide, consumers can savor a rich and buttery caramel in a soft crème that is rooted in our deep history of creating delicious and delightful candy experiences,” said Steven Schiller, Senior Vice President Sweets and Refreshment, The Hershey Company.

Lancaster Soft Crèmes were inspired by similar candies that company founder, Milton Hershey, made more than 120 years ago in his original candy company located in Lancaster, Pennsylvania. As Mr. Hershey’s first successful candy company, The Lancaster Caramel Company established his reputation in the confectionery industry. It provided the foundation for the launch of The Hershey Company, which first produced sweet chocolate as a coating for the caramels before the iconic Hershey’s Milk Chocolate bar was created.

Earlier this year, Hershey successfully launched the Lancaster brand in China, which underscored the company’s deep commitment to China, as well as the importance of the market in Hershey’s global growth plans. The new brand will be supported by a robust integrated marketing campaign with the slogan “New Lancaster Soft Crèmes. Caramel Reimagined,” including a television advertisement, which began airing on Monday, February 17, as well as year-long sampling.

Hershey Delivers Lancaster Soft Cremes to Consumers in the US added by Newsroom on February 17, 2014
View all posts by Newsroom →