“Hungry for Tokyo” Restaurant Campaign Launched in US

By Newsroom on October 24, 2014Comments Off on “Hungry for Tokyo” Restaurant Campaign Launched in US

Tokyo’s world-class culinary art coupled with unique, delectable Tokyo-themed dishes are at the heart of a new tourism campaign launched in New York and Los Angeles this week by the Tokyo Metropolitan Government (TMG).

A savory array of Japanese and Tokyo-inspired cuisine will be featured throughout November 2014 via the “Hungry for Tokyo: the ultimate foodie destination” restaurant campaign.

The promotion includes more than 40 restaurants in Los Angeles and New York City where each will spotlight a Tokyo-themed menu for the entire month of November. Creative offerings such as Oyako-don with Tokyo Scallion by Yakitori Totto in New York and K-ZO Vegetable Tokyo Tower served at K-ZO in Los Angeles are just some examples out of many campaign dishes that will be featured. 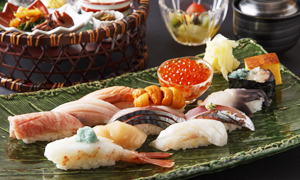 Upon ordering one of these dishes from a special menu, the customer will receive a copy of the “Tokyo Gourmet Guide: the Expert Edition,” a customized booklet for this campaign containing insider information on the best foodie-destinations in Tokyo.

A new dedicated “Hungry for Tokyo” campaign website has also been launched to promote culinary tourism to Tokyo. 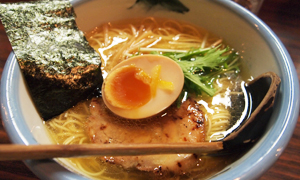 In addition to the campaign website, the TMG also launched an online sweepstakes. As tempting as the special Tokyo campaign dishes, the grand prize will offer the winner a chance to fly to Tokyo for free! In fact, there has never been a better time to visit Tokyo, the city which was recently named the Experts’ Choice & Readers’ Choice in the Saveur Culinary Travel Awards in the category of “Best Markets & Shops, International”.

The host city of the 2020 Summer Olympic and Paralympic Games has recently made visiting Tokyo even more exciting for foreign tourists by revamping the tax-free shopping initiatives.

By collecting seven stamps on the “Hungry for Tokyo” website, the sweepstakes participants will be eligible to enter the sweepstakes where the grand prize is a round-trip ticket to Tokyo. Second place will receive free hotel stays in Tokyo, while the third place prize is a traditional Edo wind chime and Edo-style wooden chopsticks and more.

“Hungry for Tokyo” Restaurant Campaign Launched in US added by Newsroom on October 24, 2014
View all posts by Newsroom →