By Newsroom on March 4, 2015Comments Off on Jack Daniel’s Announces National Launch of “Tennessee Fire” in the US 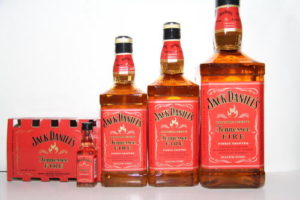 The Jack Daniel Distillery is excited to announce the nationwide release of their finely crafted, red-hot cinnamon spirit, Jack Daniel’s Tennessee Fire. Following its wildly successful limited release last year, the highly coveted ‘Jack Fire’ will be available in the US in March 2015.

Jack Fire brings together the distinctive character of Jack Daniel’s Tennessee Whisky with a red-hot cinnamon spice liqueur. The result is a sweet, hot-cinnamon kick that complements the smooth and delicious taste of Jack Daniel’s, giving a unique finish full of unmistakable character.

The brand’s first flavor variation, Jack Daniel’s Tennessee Honey, exploded onto the scene in the spring of 2011 and has since become one of the most popular flavored spirits in the U.S. The brand will now offer existing fans and newly interested consumers another flavor option, continuing to build on their esteemed portfolio. 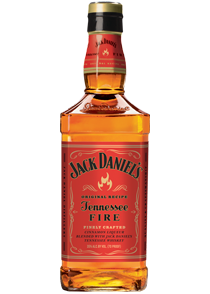 It all starts with a distinct mingling of Jack Daniel’s Old No. 7 Tennessee Whisky and Jack Daniel’s very own cinnamon liqueur. The result: a classic spirit that delivers a smooth, delicious finish and upholds the quality taste that Jack Daniel’s friends have come to expect. Jack Fire was first offered in April 2014 in three select markets Oregon, Pennsylvania and Tennessee. Due to positive consumer response, the spirit was released in five more markets – Georgia, Illinois, Michigan, South Carolina and Texas.

“Mr. Jack himself was a true innovator and always followed his own path,” said Phil Epps, Vice President, Group Brand Director of Jack Daniel’s. “We believe we have developed a product that Jack himself would be proud of and worthy of the name ‘Jack Daniel’s.’ We hope that our many friends around the country will enjoy this new offering.”

Jack Daniel’s Announces National Launch of “Tennessee Fire” in the US added by Newsroom on March 4, 2015
View all posts by Newsroom →