The Jamie Oliver Media Group will build on the success of its Drinks Tube channel with the world’s first 360-degree bullet time cocktail recipe video on 29th January. The video will be released across the Drinks Tube channel, receiving support from Jamie’s portfolio of digital platforms, which have a global audience of over 30 million people.

The new video, created in partnership with spirits partner Bacardi, is part of the three-year deal between the two brands to co-create entertaining and engaging content featuring Bacardi products showing the versatility of the portfolio and to encourage cocktail making at home.

“Working with Drinks Tube and Tom Dyer allowed us the perfect opportunity to encapsulate Bacardi’s untameable spirit in one single piece of innovative content. We can’t wait to see how the audience react to this Mojito recipe with a difference,” said Laila Mignoni, Creative Excellence Manager, Bacardi Global Brands. 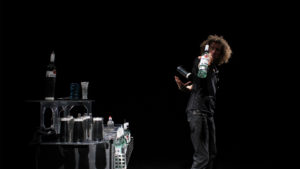 Since its inception in April 2014, the channel has amassed over 240k subscribers with 700k monthly views on YouTube, showcasing some of the greatest bartenders and mixologists from across the globe.

This video features 12-time UK and multiple world flair champion, Tom Dyer, exhibiting his flair skills in 360 degree slow motion while creating a refreshing mojito using Bacardi Carta Blanca rum. Ranked among the top 5 flair bartenders in the world, Tom has trained over a 1,000 bartenders across the globe, and is Founder of the World Flair Association.

“We’re proud to have created a world’s first in digital cocktail content, delivering an engaging video that takes the preparation of a Mojito cocktail way beyond any traditional recipe video. From direction through to post-production – and the incredible skill of a world champion flair bartender – this was a team effort with many parts coming together to create a piece of content we hope will have real impact on our audience,” commented Jonathan Almond, Channel Manager, Jamie Oliver’s Drinks Tube.

The 120-second video will run continuously through YouTube and social, encouraging people to have more fun with ingredients and flavours, while showcasing the intricacies of flair bartending.

Kiel Devalera, Producer/Director, Jamie Oliver’s Drinks Tube concluded: “From the initial concept, through to its execution, this project has been a real collaborative effort with many people and factors involved. As soon as we saw what Tom could do, we knew we were onto a winner, and Drop City in Manchester got behind the project from our first contact too. Making it all happen was a challenge, but as soon as we were on set there was a real atmosphere of excitement at what we believe is a world first. We hope people enjoy it and I’m really proud of the team we assembled to pull this off!”