By Newsroom on September 17, 2015Comments Off on Kellogg’s Team with Ellie Taylor to Find Britain’s Nuttiest Crunchy Nut Fan 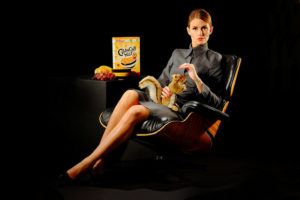 Kellogg’s has announced the launch of a nationwide competition to find the UK’s most obsessed Crunchy Nut fan. The winner will take the title of the ‘Utter Crunchy Nutter’ and win a year’s supply of the cereal. Celebrity comedienne and self-confessed Crunchy Nut fan Ellie Taylor is fronting the competition launched via the Crunchy Nut Facebook page. Over the next two weeks, Kellogg’s will select three nutty nominees to take part in a series of challenges in London.

Ellie will mastermind the daring tasks which will test the candidates to their limits as they compete for a year’s supply of their coveted Crunchy Nut cereal. Hidden cameras will capture the candidates in action as Ellie gives them instructions from her remote command centre. The videos of each task will be uploaded to the Crunchy Nut Facebook page and the ultimate winner will be revealed! 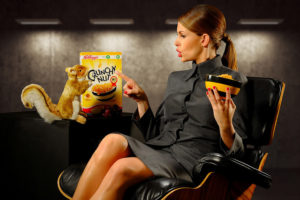 Laura Keay, Senior European Marketing Manager, Kellogg, said: “We know our Crunchy Nutters would do absolutely anything for their favourite cereal – they’re nuts about it.  So we asked Ellie Taylor to create a series of daring challenges to show how far these fans are willing to go to take the title of Utter Crunchy Nutter and win a year’s supply of cereal. Audiences will be able to follow all the action on our Crunchy Nut Facebook page.”

Crunchy Nut fan Ellie Taylor comments: “I would do anything to get my hands on the winning prize… a year’s supply is quite simply a dream come true for any Crunchy Nutter like myself! I’m going to make sure the three finalists work their nuts off to be named the Utter Crunchy Nutter. Let’s see if they are truly nuts about the delicious honey and golden flakes as I am.”