By Newsroom on May 10, 2013Comments Off on Kenny Chesney Rolls Out Blue Chair Bay Rum With 18-City Party Series 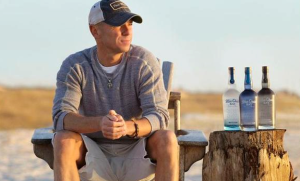 Kenny Chesney revealed that Blue Chair Bay Rum, his recently announced line of premium, born-on-the-beach spirits, will throw launch parties in 18 key cities during his No Shoes Nation tour this spring and summer.

These parties, which range from parking lot tailgates to on-premise celebrations, promise to deliver the island-lover’s signature “nowhere to go, nowhere to be” state of mind to rum enthusiasts and music fans across the country.

“So much of the inspiration for my music comes from the places I’ve been, and people I’ve met in the Caribbean,” says Chesney. “I started thinking, ‘What if I could share that sense of escape, and freedom… and fun with friends with everyone! That’s the reason for creating Blue Chair Bay Rum, so I wanted a way to share it beyond the shelf. That’s what we’re – hopefully – bringing people with this rum and these parties.”

The laid-back parties invite like-minded imbibers across the nation to raise a glass of Blue Chair Bay Rum’s White, Coconut and Coconut Spiced flavors in celebration of the anytime, anywhere spirit that defines island life.

Locals are invited to sip on signature Blue Chair Bay Rum cocktails, take part in island-themed giveaways and indulge in the singer/songwriter’s “check your troubles at the shore” way of life. 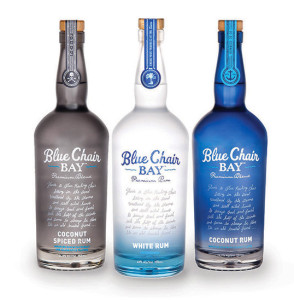 Blue Chair Bay Rum will also co-host a series of No Shoes Nation Happy Hours that are free and open to the 21+ public. Events will be held in partnership with No Shoes Radio, Chesney’s eclectic online radio station, the night before parties in Dallas, Milwaukee, Landover, Seattle, Philadelphia, Kansas City, Pittsburgh, Minneapolis, Denver, Anaheim, Atlanta, E. Rutherford, Detroit and Boston.

Those who won’t be in one of the 18 cities can still get in on the action by downloading the special Join The Nation app. With it, they can take the ultimate pirate quest: transforming a picture of their face into the skeleton that flies on the No Shoes Nation flag.

“Kenny’s music compels people to live more carefree lives, no matter how far from the beach they may be,” says Jon Anthony, Managing Partner of No Shoes Radio.

“Turning his love of island life into something people can sip on takes his music and lifestyle to a whole new level. Kenny’s always seeking new things and taking the time to enjoy them, which is what No Shoes Radio’s built on. People are going to experience that – music, friends, really good spirits and a shared experience — at Blue Chair Bay Rum’s parties and No Shoes Radio Happy Hours.”

Blue Chair Bay Rum is not an endorsement. Chesney wanted to make a rum based on authenticity and flavor. He was deeply involved in every step of the development process, including working closely with legendary blender Mike Booth and famed master mixologist Jonathan Pogash.

The three premium blends of rum, all mellowed in casks on the shores of Barbados, will be available in 750ml and 1.75L bottles across 32 markets in May of 2013.

Chesney’s 42-city No Shoes Nation Tour, including 19 NFL Stadiums, will run through August 23-24 with a two-night stand at Foxboro’s Gillette Stadium.

With his reflective Life On A Rock, a more acoustic and searching album with guest appearances by Willie Nelson and the Wailers, having arrived on April 30, the 8-time Country Music Association and Academy of Country Music Entertainer of the Year will be making plenty of music this summer.

“It doesn’t matter if you’re on a beach in the Caribbean, or landlocked in the middle of the country,” says Chesney. “If you’ve got friends, laughter and a bottle of Blue Chair Bay Rum, you can check your troubles at the shore.”

Kenny Chesney Rolls Out Blue Chair Bay Rum With 18-City Party Series added by Newsroom on May 10, 2013
View all posts by Newsroom →