By Newsroom on July 24, 2017Comments Off on KFC Brings the Bird to Birdsville in Latest Integrated Campaign by Ogilvy Sydney

The campaign comprises TV and Online Content, PR and social activities, together with a live activation in the middle of the Australian Outback, supporting KFC’s sponsorship of the Big Red Bash country music festival in Birdsville, central-west Queensland.

Annabel Fribence, marketing director, individual meals, KFC Australia said: “Our mission was to remind all Australians of the great taste of our Original Recipe Chicken, a formula that’s remained unchanged since it was first created by Colonel Sanders himself. We know people often travel hundreds of kilometres to satisfy their KFC craving, so we thought we should return the favour. Our journey to Birdsville has been an exciting one. There was something magical listening to Australia’s best country music artists, under the stars, while rolling up our sleeves and getting stuck in to some finger lickin’ good chicken.” 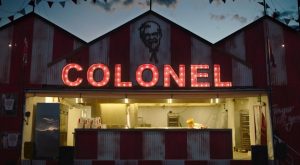 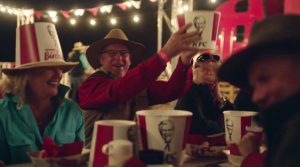 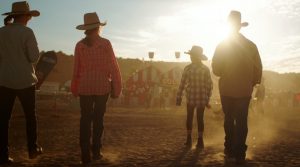 KFC Brings the Bird to Birdsville in Latest Integrated Campaign by Ogilvy Sydney added by Newsroom on July 24, 2017
View all posts by Newsroom →