By Newsroom on October 10, 2013Comments Off on Le Clos Unveils World’s Most Expensive Bottle of Wine in Dubai 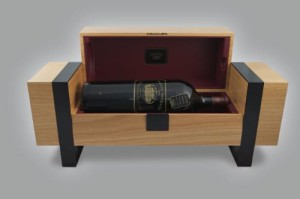 Exclusive wine merchant Le Clos unveiled a Balthazar (12 L) of Château Margaux 2009 at the cost of USD 195,000, making it the world’s most expensive bottle of red wine to ever be retailed. Le Clos, the game-changing retailer of fine wines and luxury spirits, is the globally exclusive partner selected to offer the Château Margaux Balthazar which is on display at Le Clos’ flagship store at Dubai International.

This is the first time in the history of Château Margaux that Balthazars have been bottled. The 2009 vintage, which can be aged for over a century, is widely reputed to be one of the best vintages ever produced by Château Margaux. Only six Balthazars have been produced, of which only three will be offered for sale; all available exclusively through Le Clos. The 12 litre Balthazar is housed in an impressive case of oak and raised on steel legs symbolising the barrels resting in the Château Margaux cellars. Beautifully engraved with gold by master craftsmen, the Balthazar’s visual appearance is eclipsed only by the quality of wine itself.

Its owner will enjoy a priceless experience – being flown first class to France to visit the first growth’s estate, enjoying a private tour of its cellars and vineyard, before having dinner at the Château hosted by Paul Pontallier, Chief Winemaker and Managing Director of Château Margaux. 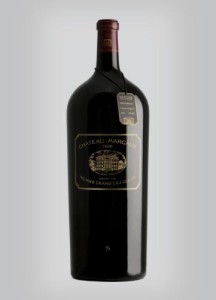 The Château Margaux 2009 is undoubtedly one of the best vintages produced since the Mentzelopoulos family took over the ownership in 1977. It is a wine of wonderful concentration, finesse, balance and freshness. Its finish remains fresh, flavoursome and of astonishing length.

Mr Pontallier commented: “To mark this fantastic vintage, we are delighted to create a unique opportunity by partnering with Le Clos to offer three Balthazars to the world’s international and discerning wine buyers. Château Margaux’s history stretches back over 400 years, during which the estate has produced some of the world’s best wines time and again. The Château Margaux 2009 vintage is one of the finest we have ever produced, hence why we chose to bottle it in this magnificent format.”

The famous vineyard of Château Margaux sits on top of one of the deepest gravel deposits in the Medoc area of Bordeaux. It is this lightness of soil and depth of gravel that give Château Margaux its perfumed nose, elegance and poise.

Le Clos Unveils World’s Most Expensive Bottle of Wine in Dubai added by Newsroom on October 10, 2013
View all posts by Newsroom →