By Newsroom on May 31, 2017Comments Off on London Food Month Launches with Star-Studded Party at Bankers Hall 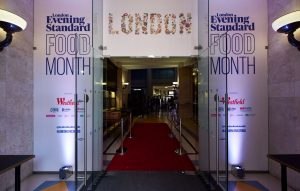 Evening Standard editor George Osborne, Grace Dent, Tom Parker Bowles, Jack Whitehall and Nick Grimshaw were joined by top British Chefs and a galaxy of stars at the launch of the first ever London Evening Standard Food Month on May 30 at London’s Banking Hall.

The event marked the opening of the festival, which includes over 400 food and drink events across the capital during June. 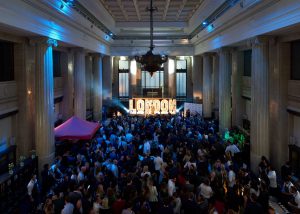 The huge event will be centred around an ambitious twelve-night festival of cuisine and cocktails celebrating summer in London, called the Night Market, where guests will be invited to sample food from 50 stalls ranging from street food trucks to offerings by high-end restaurants and iconic venues including Fortnum & Mason, Angela Hartnett and The Ivy.

The UK’s biggest food festival – and the first of its kind – has been curated by Evening Standard food critic Grace Dent and Tom Parker Bowles as a celebration of the diverse food and drink on offer in London. 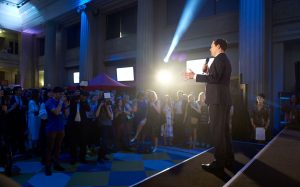 Grace Dent said: “We want to prove that London is the greatest place to eat on earth, because of our energy, our diversity and our willingness to learn from each other.”

It also marks the first major event for the Standard under the leadership of new editor, George Osborne, who told guests: “I love this city, I love this newspaper and I love my food. We have a wonderful food festival coming up. When I grew up in this city in the 1970s, if you had said that you were going to hold a food festival to celebrate the restaurants of London, everyone would have thought you were telling a rather bad joke. 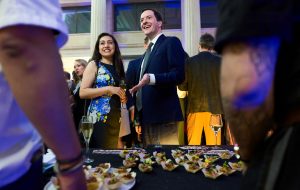 But a newspaper at the time, the Evening Standard, started a food revolution here in this capital. That began a change in food and the way it was appreciated in this capital. And that revolution brings us a few decades later to this London Food Month. It is going to be a brilliant event and will celebrate what this city is about. It is a city of global influence and real diversity with a restaurant scene that really punches above its weight.” 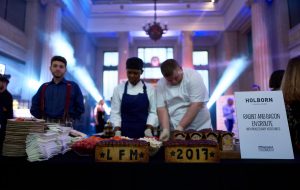 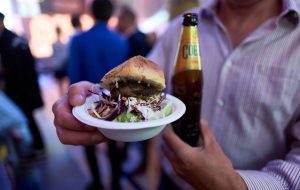 London Food Month has helped raised more than £200,000 in partnership with our official charity partner The Felix Project and Food for Soul to help transform the St Cuthberts Centre into a world class community kitchen. An open door drop-in centre for all marginalised, vulnerable people in Earls Court and the surrounding areas. The doors of RefettorioFelix will open on 5 June 2017. 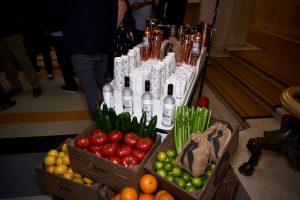 Fifty leading British and international chefs will join guest chef Massimo Bottura, volunteering in the kitchen, to transform surplus ingredients into delicious multi-course dishes, served to diners at the table by a team of staff and volunteers.

Refettorio Felix is supplied with daily produce from The Felix Project, a charity working to reduce food waste and food poverty in London. Thanks to all of our partners including Westfield, we invite everyone to come and see the centre and thank everyone involved for your support of this incredible initiative. 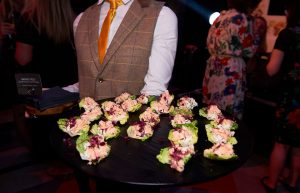 Also on offer will be a Bulleit Woody Trailer serving whiskey cocktails, the World Class Bar providing cocktails created by the World Class Bartenders, a Don Julio cocktail truck serving Tommi’s Margaritas during the screening of the film ‘Chef’, and a Cobra beer Flavour Room, where guests will enjoy an immersive tasting experience with an award-winning chef.

London Food Month Launches with Star-Studded Party at Bankers Hall added by Newsroom on May 31, 2017
View all posts by Newsroom →