By Newsroom on June 17, 2013Comments Off on Makers of the Alpine 360 Weigh in on New Frozen Yogurt Study 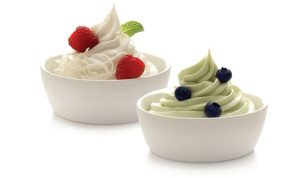 Summer is quickly approaching, and according to Alpine Freezer — distributors of the frozen yogurt machine Alpine 360 — this warm season is likely to reveal interesting trends in frozen desserts among American consumers.

The company explains that while frozen yogurt — especially in terms of self-serve options — has remained a popular option among consumers for the past years, new market research may reveal interesting trends and fluctuations among the American public.

A recent article from The Wall Street Journal highlights a new survey from ShopSmart that identifies current consumer outlooks on what frozen yogurt brands and flavors are the most popular.

The article explains, “Willing to splurge for a tasty frozen treat? Then look no further than Haagen-Dazs — the famed ice cream maker edged out the competition in ShopSmart’s recent taste-tests of vanilla frozen yogurts and butter pecan ice creams. The report, which features the full results of taste-tests of 12 vanilla frozen yogurts and nine butter pecan ice creams, is available in the June 2013 issue of ShopSmart, from Consumer Reports, on newsstands now.” 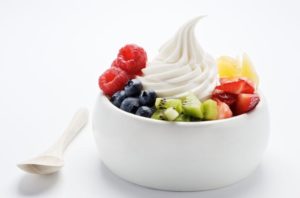 While the results of the study are not surprising the makers of the Alpine 360, Alpine Freezer does not that these findings could impact the self-serve frozen yogurt industry.

According to the article, the study found that “ShopSmart’s top picks for chocolate and vanilla ice creams have remained unchanged since its last test with Haagen-Dazs and Ben & Jerry’s clinging to their respective titles. So this year, they decided to taste vanilla frozen yogurt, the most popular flavor and butter pecan ice cream, which is among the best-selling flavors.”

In a recent press statement, the makers of the Alpine 360 respond, “While the Consumer Reports study refers only to those brands and flavors available for purchase in grocery stores or independent ice cream stores, it is important for frozen yogurt shops to pay attention to these trends. Specifically, it would prove a good idea for providers to look at the details of this new report as reason enough to continue to offer vanilla bean and butter pecan flavors in the restaurant setting.”

While many frozen yogurt restaurant establishments are likely to already provide these popular flavors, Alpine Freezer explains that introduction of Alpine 360 devices could improve taste and quality of the consumer product.

Makers of the Alpine 360 Weigh in on New Frozen Yogurt Study added by Newsroom on June 17, 2013
View all posts by Newsroom →