By Newsroom on February 14, 2017Comments Off on Masterfoods Builds on ‘Make Dinnertime Matter’ Platform with New Film

The work follows last year’s launch of the Make Dinnertime Matter platform, and is inspired by the insight that dinnertime rituals are different in every family, and that’s what makes it special. 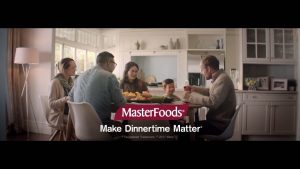 Tim Hicks, marketing director, Mars Food, Australia said: “We believe dinnertime should be a time to be enjoyed with your loved ones. At MasterFoods we’re proud to have a product range that enables everyone, regardless of cooking ability, time or budget, to Make Dinnertime Matter.”

The moving story shows how a simple dinnertime tradition can become something special that’s passed down through the generations, and acts as a reminder that nothing beats a home-cooked dinner with loved ones.

The film was directed by Finch’s Jae Morrison and features a cover version of Stevie Winwood’s ”Higher Love”, performed by his daughter.

Luke Hawkins and Ben Smith, CDs, Clemenger BBDO, Sydney said: “We’ve lost count of how many times we’ve watched this film during production, yet every time we do, we’re inspired to get home for dinner. Hopefully the rest of Australia will feel the same.” 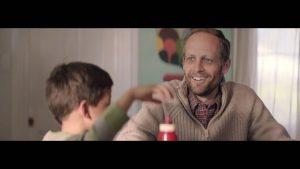 The campaign will run across Australia and New Zealand across TV and online channels throughout 2017. 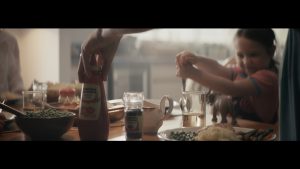 Masterfoods Builds on ‘Make Dinnertime Matter’ Platform with New Film added by Newsroom on February 14, 2017
View all posts by Newsroom →