By Newsroom on March 1, 2017Comments Off on McDonald’s Returns to Brand-Building in Newly Launched Campaign via DDB New Zealand

McDonald’s has just launched its new brand campaign for 2017 via DDB New Zealand. It takes a fresh approach on an experience we can all relate to.

“Middle Seat”, a 60″ spot launched February 26, represents a return to brand-building for the company, highlighting the emotional connection Kiwis have with one of our best-known brands. 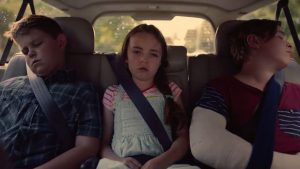 The spot follows an endearing young girl called Milla over the course of several car rides. In a sight younger siblings from across the country will find familiar, Milla is perpetually relegated to the middle seat. She spends these car rides hemmed in by a succession of less-than-appealing travelling companions including her two boisterous older brothers, bags of potting mix, and an overly-affectionate English Sheepdog.

Milla’s good-natured patience pays off, when she sees the Golden Arches at the end of her trip and nabs the first hot fry from the McDonald’s bag while her brothers aren’t looking. 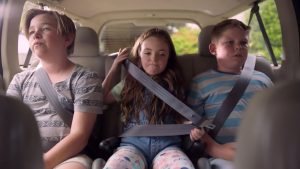 Bradnick said: “When we look at McDonald’s ads that have stood the test of time, they’re stories that’ve captured a human truth that everybody can relate to. I think we can all remember those annoying long car rides on the back seat, and we can also all remember being treated to something special at the drive-through.”

Jo Mitchell, McDonald’s New Zealand director of marketing, says this campaign is about fostering an emotional connection with the brand.

Mitchell said: “The story told through Milla’s experience of the middle seat is an authentic slice of life many Kiwis will be able to relate to. For many families Macca’s Drive-Thru is part of a family ritual, and it’s great to celebrate a feel-good moment when putting up with the often dreaded middle seat.” 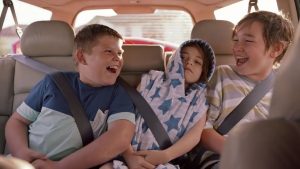 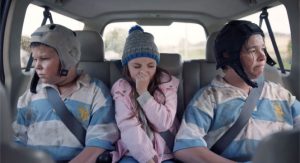 McDonald’s Returns to Brand-Building in Newly Launched Campaign via DDB New Zealand added by Newsroom on March 1, 2017
View all posts by Newsroom →