Mintel: Over One in 10 Brits Eat Chinese Food at Least Once a Week

By Newsroom on February 19, 2015Comments Off on Mintel: Over One in 10 Brits Eat Chinese Food at Least Once a Week 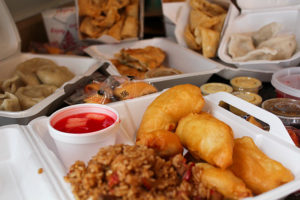 As the start of a new Chinese New Year begins, it seems a gastronomic celebration is in order as Chinese reigns as the nation’s favourite World cuisine in both Britain’s homes and ethnic restaurants. New research from Mintel reveals that almost four in five (78%) Brits have eaten Chinese food at home in the past three months, with 12% eating it at least once a week. Indeed, consumption of Chinese food trumps both Indian fare, which has been eaten by 74% of Brits in the home over the last 3 months and Mexican cuisine which has been consumed by 48%.

Richard Ford, Senior Food Analyst at Mintel, said: “The fact that Soy sauce is now on a par with British favourites such as Mint and Apple, reflects growing consumer interest in oriental cuisine. The ease with which supermarkets and restaurants have been able to translate Chinese dishes into ready meal and takeaway formats has been key to Chinese cuisine’s ability to endure in the UK market; despite the plethora of cuisines that are now available to Brits in supermarkets and restaurants, Chinese remains popular with a majority. Whilst dishes such as chow mein and sweet & sour chicken are typical of the cuisine, operators continue to surprise and delight consumers with more unusual offerings.”

As well as Britain’s kitchen cupboards and stoves, Chinese food is also prevailing in the foodservice arenas. Mintel’s research finds that three quarters (76%) of ethnic restaurant or takeaway users have visited a Chinese restaurant or takeaway, topping the proportion visiting Indian (72%) or Thai (40%) eating-houses.

Furthermore it is those in the Capital who have the strongest taste for Chinese food. Four in five (80%) Londoners have ever used or visited a Chinese restaurant compared to 70% in the West Midlands, 75% in Wales, 76% in the North West, South East and East Anglia, 77% in Yorkshire and Humberside, and 78% in Scotland and the East Midlands.

Indeed, there could be an added spark of interest this Chinese New Year as one in five (22%) Brits who have used an ethnic restaurant or takeaway say that special menus to celebrate cultural or religious events would appeal to them. 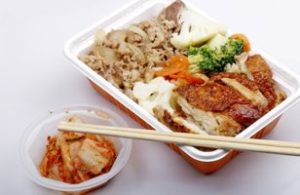 “Overall, the ethnic restaurant and takeaway market holds real potential, the popularity of both Chinese and Indian takeaways and restaurants reflecting the cuisines’ long-established position in the UK. Those Chinese restaurants that lay on special menus or otherwise celebrate Chinese New Year should have a useful point of difference to help them attract diners,” continued Richard.

“That a minority of consumers see ethnic restaurants as unhealthy is good news for the operators, suggesting that consumers have taken little heed of occasional news drawing attention to takeaways in particular as unhealthy,” commented Richard. 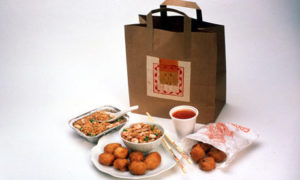 “Whilst Malaysian and Caribbean cuisines have little in common, being from geographically and culturally different areas of the world, they both enthuse consumers. That a large proportion of people would be interested in visiting a Caribbean restaurant is likely to partly stem from the cuisine’s visibility in recent years, for example, through brands such as Levi Roots in the retail channel. Strong interest in Malaysian cuisine similarly comes as the cuisine has been gaining greater visibility in foodservice and at retail. The 2014 BBC MasterChef winner Ping Coombs is an advocate of Malaysian food, helping to boost visibility of the cuisine similar to the way in which 2005 MasterChef winner Thomasina Miers has promoted Mexican food,” concluded Richard.

Mintel: Over One in 10 Brits Eat Chinese Food at Least Once a Week added by Newsroom on February 19, 2015
View all posts by Newsroom →