By Newsroom on January 12, 2015Comments Off on Morrisons Launches New Bespoke Store Format 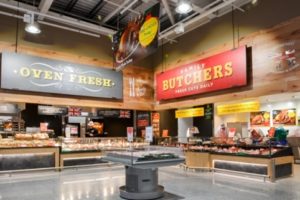 Consultancy M Worldwide has designed a new bespoke store format for supermarket Morrisons, which is being applied to branches in Surrey, Gateshead and Milton Keynes.

The Format Flex design, created by the consultancy alongside Morrisons’ in-house team, intends to create tailored layouts and product ranges for different local areas. It has already been applied to the recently opened Weybridge store in Surrey, and will be integrated into two more stores in Birtley (Gateshead) and Milton Keynes, due to open by this spring. 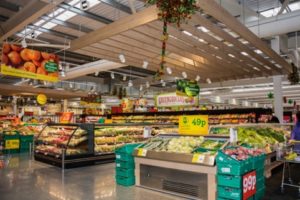 “We wanted the stores to be relevant to the local community rather than following a cookie-cutter approach,” says David Martin, joint managing director at M Worldwide. “It offers a dimension of flexibility.”

Differences between the stores include a greater emphasis on the fishmonger counter in Weybridge with a bigger display and wider range of fresh food, and a bigger focus in the Milton Keynes store on children’s goods, reflecting the high number of young families in the area. 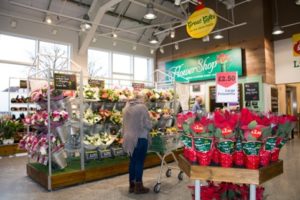 Alongside these differences, all three stores have incorporated the structure of core grocery items placed at the centre of the store, and categories such as Beers, Wines and Spirits and Health and Beauty placed at the perimeters, to give these specialist sections more of a concessions-feel, Martin says.

“We wanted to make sure there is a store experience and ambience aligned with local customers – but at the same time, ensure that there are important, visual golden threads that run through all the stores,” he says. 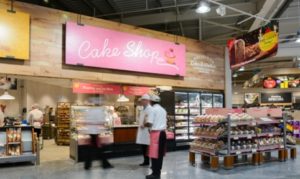 Across all stores, the consultancy have also focused on making the format user-friendly for families, with more emphasis on the Nutmeg children’s clothing range, and less of a distinction between the pre-till and post-till store areas.

“We’ve taken a much more holistic, blended approach with the areas beyond the checkout, such as the flower shop, café, customer services and WCs,” Martin says. “We’ve mirrored the design of these counters with areas in the main store, such as the fresh food counters – so there’s no longer a hard line between the two.”

“We’ve placed the emphasis on making sure the product does its thing, not on designing a lot of fancy fixtures,” Martin says. “All the formats need to still feel like Morrisons.”