What makes a meal satisfying? The body recognizes nutrients and calories, but the satisfaction of a meal comes from the entire eating experience, including the taste, aroma and texture of the food. 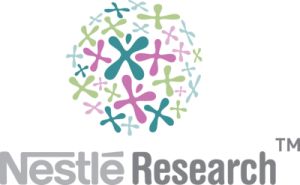 At every eating occasion, the amount eaten, the duration of the meal and the satisfaction afterwards depend on multiple factors which we may or may not be aware of.

Scientists at the Nestlé Research Center, Lausanne, Switzerland, believe that understanding the influences of eating behaviour on satiety may play a crucial role in helping people manage their weight while still enjoying food.

A study published by Nestlé scientists in 2012, Influences on Appetite and Energy Intake: Nestlé Scientists Chew the Facts, confirmed that oral sensory stimulation was more important than the volume of food in the stomach for the regulation of food intake.

Building on these results

The first of these studies, performed in collaboration with Wageningen University, The Netherlands, and published in Appetite, tested the oral processing characteristics (e.g. – chew rate, bite size) of 35 solid, savoury foods that often comprise hot meals.

Study volunteers were asked to eat a standard 50 g amount of each food item, 7 of which were tested over 5 consecutive days. Video recordings of the volunteers eating the food were then used to calculate the eating rate (g/min), chew rate (chews/min), average bite size (g/bite), average chews/bite and overall oral duration time (seconds) for each of the 35 test foods.

Data revealed surprising differences in the way foods were consumed

For example, the average number of bites for each food varied from 5 bites (raw tomatoes) to 33 bites (tortilla chips) – a 6-fold difference!

There were also large variations between the number of chews, ranging from 27 chews for mashed potatoes, to 488 chews for tortilla chips.

Softer foods such as mashed carrots, lasagna and canned tomatoes were eaten in larger bite sizes with fewer chews per bite, resulting in a much faster eating rate (g/min).

Based on this, Nestlé scientists formed their next hypothesis – could foods that require more chewing and which stay in the mouth longer promote feelings of fullness, and therefore reduce energy intake?

In a second study also recently published in Appetite, a test meal of steak and gravy, carrots and potatoes was adapted into whole and pureed textures with gravy of high and low flavour intensity. 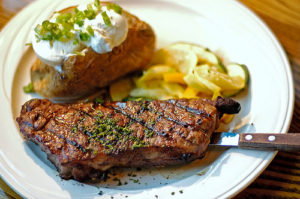 The meal was served to four groups of volunteers to consume ad libitum they were comfortably full. Food intake was measured and compared across each group and meal condition, and the duration of each individual’s mealtime was recorded to enable comparison of eating rates. Volunteers rated their perception of fullness before and after the meal.

The difference in gravy taste intensity resulted in a higher intake only with the mashed meal. Overall, the mashed meal was consumed about 20% faster than the whole meal – the equivalent of an extra 10g/minute more of food eaten.

“The evidence from these studies provides new insights into how different foods may impact eating behaviours, such as bite size and chewing time. These, in turn, can also impact feelings of fullness and food intake,” said Dr. Ciarán Forde, Nestlé scientist leading the studies.

“Our ultimate goal is to help consumers control their energy intake. With the knowledge gained from these studies, we can make more pleasurable and satisfying meals that promote fullness with fewer calories,“ concluded Dr. Forde.