By Newsroom on June 8, 2015Comments Off on Ogilvy Paris’ Hot Air Balloon Party for Perrier is Absolute Madness

The stunning backdrop of the Iguazu Falls sets the scene for a frenetic explosion of colours and sounds in the new spot for Perrier. Directing duo Fleur & Manu helmed the VFX heavy spot through Les Télécréateurs, with MPC’s newly opened Paris studio taking the reins on the 42 VFX shots. With inspiration from Wacky Races, as well as iconic snippets from the historical bank of Perrier adverts, the spot by Ogilvy Paris features a party of CG hot air balloons racing through the sky.

Directors Fleur & Manu said of the project, “When we received the project we were really impressed by the quality of the idea. More than that, Perrier is one of the most iconic French brands. Directors like Jean-Paul Goude, Ridley Scott and others have produced amazing films so it was really exiting to take part in that creative history. At the same time the script was really ambitious. We thought about who we could make it with, and MPC Paris was the perfect fit. It was a very challenging project, but we are so proud of the final result. The film will be released in Roland Garros central court for the men’s finals on June 7th; we could not think of a better starting point for this great film!”

VFX Supervisor and Creative Director of MPC Paris Franck Lambertz led the team, and said, “The spot is a riot of colour, with multiple locations and many minute details in every shot. Working with Fleur & Manu, who are adept at creating the ultimate fantasy world, led us to slightly unconventional techniques. I even found myself in a helicopter filming with a 360-degree camera to create the back plates. The work was led from MPC Paris, with support from the 3D team in London, prep work from Bangalore, and stills photography from MPC Mexico – A truly global effort.” 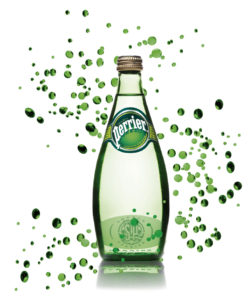 The opening scene was based on stills of a natural well in Yucatan, Mexico, with CG and animated DMPs bringing the sequence to life. The balloon bursting through the water was one of the most challenging shots for the team to create, requiring a team of Houdini liquid specialists.

The main shoot took place in Argentina, with actors and extras suspended close to the ground in their baskets. This natural lighting gave the perfect reference to the VFX team for integrating the protagonists with CG elements and shot/DMP backgrounds.

3D Supervisor Fabian Frank led the team to create 50 variations of CG hot air balloons, and re-build the baskets in 3D. Each balloon has its own unique brand of eccentricity, with the occupants using tricks to speed their balloons along. To help with the individuality, Fabian’s team used a range of cloth simulations, making some of the balloons shinier, thicker or adding a deeper sheen than others.

The majestic lion and his marmoset and parrot pals were shot in-camera at Argentina zoo, with multiple takes required to get the correct action. Colourist Matthieu Toullet worked on the vibrant grade, using eye-popping colours to create the bright and warm look.

He said, “We sought to produce a striking coloured film, while being careful not to tilt towards an artificial look. I really enjoyed being able to play with the variety and richness in the colour scheme. We applied some creamy tonality on the high-lights to find a nice depth in the film.”