By Newsroom on March 9, 2016Comments Off on Over a Third of Brits Don’t Know How Many Calories they Consume 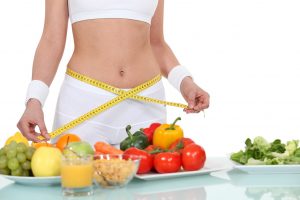 The UK may be a nation of dieters, but it seems that many are failing to keep track of their calorie consumption. Indeed, new research from Mintel reveals that well over one third (37%) of Brits don’t know how many calories they consume on a typical day.

Despite official guidelines recommending that women consume no more than 2,000 calories a day and men no more than 2,500 in order to maintain their weight, Mintel research shows a major disparity between this advice and consumer eating habits. Of UK women, one third (33%) say they don’t know how many calories they consume in a typical day. For those that do, one quarter (24%) say they consume between 1,500-1,999 calories, and as many as 31% say they typically consume more than 2,000 calories. 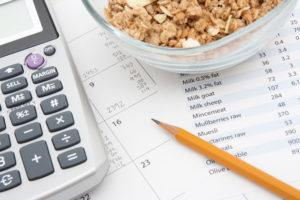 Emma Clifford, Senior Food Analyst at Mintel, said: “It’s surprising that over two fifths of consumers who have tried to lose weight in the last year report consuming over 2,000 calories a day. Our research reveals that many consumers do not keep track of their consumption and perhaps are not aware of how many calories they should be consuming, or even the typical calorific value of foods. This provides evidence of marked confusion around this key weight management gauge, even among dieters.”

Mintel research indicates that low calorie content falls low on the list of factors deemed important when looking for healthy foods, with under two fifths (38%) of Brits who try to eat healthily looking for this attribute when shopping.

Trumping calorie count, sugar has officially become public enemy number one for healthy eaters in the UK. Whilst 97% of Brits try to eat healthily at least some of the time, of this group over half (54%) look for low sugar content when shopping for healthy foods, compared to 50% who look for low fat content. In comparison, in 2012 low fat was considered the most important health claim (52%) for healthy food shoppers when compared to low sugar (43%).

Today, while sugar tops the list of concerns for those who try to eat healthily, contributing to your five-a-day (52%), low salt content (47%) and low saturated fat content (46%) are also leading factors. 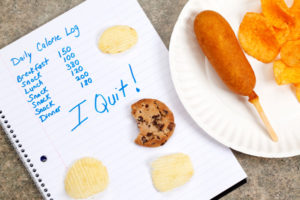 “Historically fat has been the ‘food villain’ and the macronutrient that people have been most wary of, relating to its intuitive link to body fat. However, the tables have now turned, and low sugar has taken the lead over low fat in terms of perceived importance for healthy food, indicating consumers’ increased vigilance about their intake of sugar,” concludes Emma.

Despite awareness that certain ingredients can be bad for health, a balanced diet remains key for consumers. Indeed, two thirds (66%) of Brits agree that unhealthy treats are fine as part of an healthy diet, and half (49%) agree that there is no need for “light” or “diet” products in a balanced diet. Highlighting the strong interest in healthy home cooked meals, some 57% of Brits say they typically cook from scratch, and 55% include plenty of vegetables in meals.

Finally, Mintel research reveals that when it comes to staying healthy, Brits are willing to invest. One third (32%) of UK consumers are interested in trying the latest foods claimed to boost health, for example chia seeds and spirulina. The same proportion (34%) note that it is worth paying more for highly nutritious foods, for example those high in vitamins or minerals. And it seems this trend is being driven by the younger generation as agreement rises to 43% and 40% of 16-34 year olds respectively.

Over a Third of Brits Don’t Know How Many Calories they Consume added by Newsroom on March 9, 2016
View all posts by Newsroom →