‘Palcohol’: The Powdered Alcohol Of The Future Is Here

By Newsroom on April 23, 2014Comments Off on ‘Palcohol’: The Powdered Alcohol Of The Future Is Here 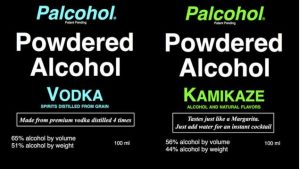 Residents in the US may soon be able to get their alcoholic kick from a powdered alcohol named ‘Palcohol’, after it was recently approved by the Federal Government.

Scheduled to arrive in liquor stores this fall, creator Mark Philips touts it as a solution to carrying heavy bottles of wine, beer or spirits around.

‘Palcohol’ works like any other packet drink; simply mix the powder in water and consume. It can also be sprinkled on food if so desired.

It is available as vodka and cocktail mixes, and each packet contains as much alcohol as a regular mixed drink.

The company is well aware that people might attempt to snort it and has warned against doing so, saying it would take more than half a cup of powder to get the equivalent of one drink up your nose.

Some news outlets like Gawker have expressed concern, pointing out that it would make it easier for people to get drunk discreetly and lead to a rise in alcoholism.

‘Palcohol’: The Powdered Alcohol Of The Future Is Here added by Newsroom on April 23, 2014
View all posts by Newsroom →