By Newsroom on January 25, 2013Comments Off on Pepsi Elevates The “Best New Artist” Category 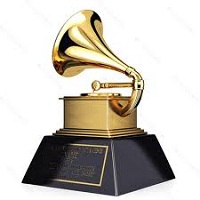 In addition to serving as the presenter of the “Best New Artist” category during the live telecast of the award show, Pepsi, in partnership with The Recording Academy and VEVO, has unveiled an exclusive “Best New Artist” video series, featuring a behind the scenes in depth look at this year’s nominees.

Also returning this year is Pepsi’s Best New Artist Pandora mixtape, which includes current and past Best New Artist GRAMMY nominees. The Pepsi GRAMMY genre stations are also available on Pandora and feature stations based on official GRAMMY categories, ranging from pop to country to comedy.

“Pepsi has a long history of discovering and nurturing musical talent,” said Angelique Krembs, VP of Marketing, Pepsi. “Our partnerships truly showcase our efforts to introduce and deliver new and exciting fan experiences by utilizing our best-in-class assets and multiple platforms all while delivering great content to music fans around the world.”

Pepsi’s multi-faceted partnership with The Recording Academy includes a “5 Questions With” series set to be featured exclusively on GRAMMY.com and across VEVO’s web, mobile/tablet and connected TV platforms that will give fans the opportunity to discover GRAMMY nominees and potential winners.

Also, the brand partnered with the GRAMMYs for their live telecast which will introduce this season’s THE X FACTORs winner, Tate Stevens.

Part of Pepsi’s aspirational prize, a 0:30 seconds portion of Stevens’ first-ever music video which features his first single, “Holler if You are With Me,” is set to air during the award show on February 10.

“The GRAMMY Awards is one of the year’s biggest events for VEVO and we’re thrilled to partner with Pepsi and the GRAMMYs to make it even more special this year,” said David Kohl, Executive Vice President, Sales and Customer Operations, VEVO.

“It is part of VEVO’s ongoing mission to support emerging talent and, with the Best New Artist category always a hotly anticipated contest, it’s exciting for us to play a part in further introducing the recording stars of tomorrow to music fans.”

This program is an extension of Pepsi’s “Live For Now” campaign, which invites and inspires consumers to live life fully in the moment.