By Newsroom on January 9, 2015Comments Off on PepsiCo Launches “Game Day Grub Match” To Find The Next Great Super Bowl Dish 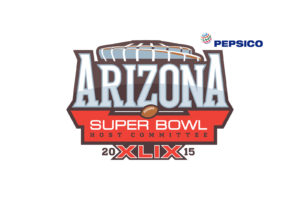 The road to the Super Bowl includes a new stop this year: the kitchens of the world’s most distinguished culinary college.

PepsiCo announced “Game Day Grub Match,” a culinary competition in which student chefs from The Culinary Institute of America (CIA) will compete to create the ultimate Super Bowl party dish.

The competition kicks off this weekend at the CIA’s campus in Hyde Park, NY, where four teams of student chefs will be tasked with preparing their own unique recipes. There is only one catch: each team must incorporate PepsiCo food and beverage products as ingredients.

An all-star cast will be on hand to evaluate the students’ dishes, including Food Network star Anne Burrell and acclaimed chef and restaurateur David Burke – both of whom are CIA alumni – and New York Jets Pro Bowl center Nick Mangold. Two finalist teams will be chosen to travel to Arizona, the site of Super Bowl XLIX, later this month to have their culinary creations sampled at various Super Bowl events. 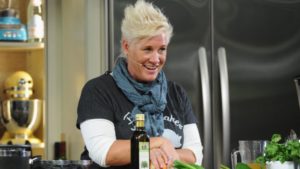 The winning team will be crowned on Saturday, January 31 during Taste of the NFL’s annual Party with a Purpose, an event that rallies top chefs and NFL players to raise money in support of food banks throughout the United States. The winners will earn tickets to Super Bowl XLIX and receive a $5,000 scholarship. The PepsiCo Foundation will also make a $50,000 donation to Taste of the NFL to support food banks across the country.

“No Super Bowl party is complete without PepsiCo snacks and beverages, and no institution embodies culinary excellence more than The Culinary Institute of America,” said PepsiCo Corporate Executive Research Chef Stephen Kalil. “PepsiCo products have been a Super Bowl Sunday centerpiece in family rooms across the country for decades. Putting our products in the hands of the next generation of great chefs to create one-of-a-kind game day dishes promises to make Super Bowl history by changing the face of football party food forever.”

The four teams competing this weekend were chosen following a campus-wide search last month in which PepsiCo and the CIA asked students to submit videos stating why they are worthy of Super Bowl greatness. The top four student video submissions earned a spot in “Game Day Grub Match.”

“The CIA has a long-standing relationship with PepsiCo and we are excited to give our students the opportunity to participate in this unique program,” said Dr. Victor Gielisse, Vice President —Advancement and Business Development for the college.

“CIA students are naturally innovative, and this competition will really spark their culinary creativity and competitive spirit. Beyond giving our students the opportunity to cook at one of the year’s biggest events, we also thank PepsiCo for helping to fund scholarships that will advance our students’ culinary education.”