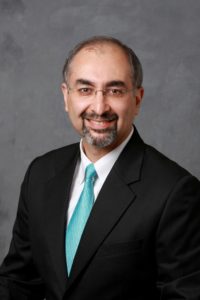 In this role, Chadha will report to Chairman and CEO Indra K. Nooyi and oversee all aspects of PepsiCo’s AMEA business. Chadha most recently served as President, PepsiCo Middle East and Africa.

Chadha is a 23-year veteran of PepsiCo and one of the company’s most seasoned international leaders. He has worked in each of AMEA’s key markets and has led multiple business functions, including marketing, sales, innovation, franchise and general management. Prior to his most recent role, Chadha held various other leadership positions across the region and has been instrumental in the strong growth of PepsiCo AMEA.

“Sanjeev is one of the most respected senior leaders in the PepsiCo family and he has a strong track record of success,” said Nooyi.  “His leadership, experience and deep knowledge of the business, the region and its people will help to continue to drive success in AMEA.”

Chadha holds a Masters (MBA) from Indian Institute of Management in Ahmedabad and an undergraduate degree from Hindu College, Delhi University.

Chadha will be headquartered in PepsiCo’s Dubai office.

PepsiCo AMEA covers a geography comprising more than two-thirds of the world’s population and 90 countries, including many of the world’s fastest growing economies.

PepsiCo’s broad portfolio of foods and beverages in AMEA includes global brands such as Pepsi-Cola, Mirinda, Lay’s, Doritos, Gatorade, Tropicana, Lipton, 7UP and Quaker, which enjoy leading positions in their categories in many markets, as well as such popular local brands as Smith’s, Red Rock Deli and Chipsy snacks, Slice mango beverage, and Sting energy drink.