By Newsroom on February 20, 2015Comments Off on Pizza Hut Gears Up For Hollywood’s Biggest Night

The 2015 Academy Awards, hollywood’s biggest night is usually filled with a lot of pomp and circumstance, red carpets, long dresses and acceptance speeches. But last year, an unexpected star took center stage, equally pleasing both the winners and the runners up.

That star? Pizza. A Hollywood first, pizza was dished out to some lucky guests at the show, which was soon followed by the selfie seen ’round the world.

In honor of that moment, Pizza Hut, the world’s largest and most award-winning pizza company, has a special offer for the millions of fans expected to tune into the Oscars on February 22 and an even bigger offer for those who plan to watch while wearing their very best, just like the stars!

A promotion titled “All Dressed Up with Pizza To Go,” Pizza Hut will reward select fans with Free Pizza for a Year for sharing a photo on Twitter or Instagram of themselves dressed their best while enjoying a piping hot Pizza Hut Pizza. Participants can enter by using hashtag #AllDressedUpWithPizzaToGo for a chance to win.

For those who prefer to watch the night’s action more casually, Pizza Hut is offering a red carpet deal on pizzahut.com for pizza and its best supporting actor, flavour sticks.

“Pizza Hut has a long history of being a part of major pop culture events, and we felt this was a great opportunity to make our fans a major part of the moment,” said Jared Drinkwater, Vice President of Marketing, Pizza Hut. “Pizza was one of the shining stars during last year’s event so we felt it was only right to celebrate that with a fun offer for our great fans.” 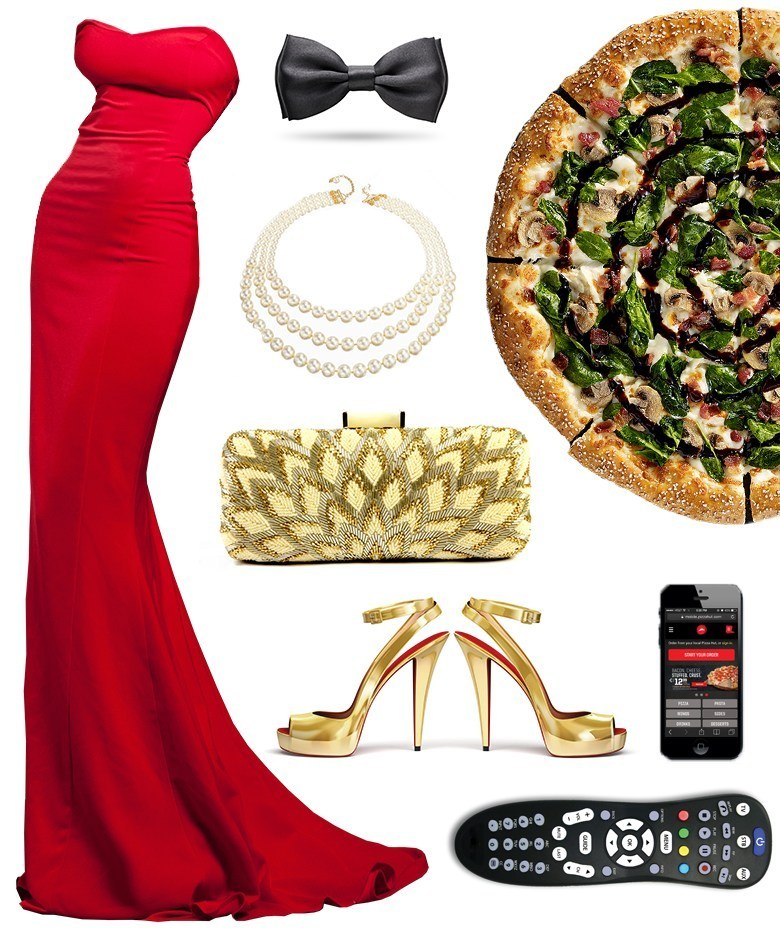 Pizza Hut recently rolled out its new “Flavour of Now” menu, one of the biggest changes in company history. The new menu and redesigned website and digital apps helped the pizza company set a record for digital sales of over $10 million on the day of The Big Game.

Hollywood’s Biggest Night is another major pizza eating occasion, and happens to be a night when Pizza Hut will serve a higher percentage of cheese and veggie lovers pizzas to go along with the pepperoni, Meat Lovers, Hot ‘n Twisted and Cherry Pepper Bombshell. Also during the introduction of the “Flavour of Now” menu, Pizza Hut introduced its Skinny Slice Pizza recipes that each have 250 calories or less per slice.

In addition to the new Skinny Slice Pizza, Pizza Hut, in partnership with Udi’s Gluten Free, launched a Gluten-Free Pizza in January in approximately 2,500 of its restaurants in the United States.

“Pizza is the ultimate sharable food and nights like this are popular group occasions, so we’re excited to share our great pizzas with our fans at a really good price,” Drinkwater said. “And if they want to get all dressed up, I think free pizza for a year is just about as sweet of a prize as a statue!”

Pizza Hut has more than 15,000 restaurants around the world, including 6,300 dine-in, carryout and delivery locations in the US.

Pizza Hut Gears Up For Hollywood’s Biggest Night added by Newsroom on February 20, 2015
View all posts by Newsroom →