By Newsroom on March 1, 2018Comments Off on Pizza Hut to Replace Papa John’s as NFL Sponsor 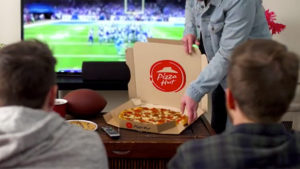 Pizza Hut is to replace Papa John’s as the official pizza sponsor of the NFL.

According to Papa John’s, the pizza chain – which has served as the official sponsor since 2010 – and the NFL mutually agreed to cut ties. Papa John’s will now instead focus on partnerships with 22 local NFL teams and “key personalities” in the sport.

The switch comes months after former Papa John’s founder and chief executive John Schnatter criticized the NFL for its handling of national anthem protests by players, stating that the league’s “poor leadership” hurt sales at the chain. He was replaced a month later by Steve Ritchie, who stepped into the role after serving as chief operating officer.

As official sponsor, Pizza Hut, which recently lost its place as the world’s largest pizza chain to Domino’s, will have access to exclusive marketing rights, benefits and designations that link the brand with the NFL.

“We know many of our fans enjoy pizza while watching NFL games and we are thrilled to have Pizza Hut, an industry leader and one of America’s favorite brands, as an official league sponsor,” said NFL commissioner Roger Goodell in a statement. “With a focus on family, friends and fun, Pizza Hut has the creativity we are looking for in a partner and we look forward to working together with them to make the at-home NFL experience more exciting than ever for our fans.”

Droga5 was named Pizza Hut’s agency of record nearly two years ago. For March Madness in 2017, the agency created limited-edition ‘Pie Tops’ sneakers for the brand that let wearers order pizza via their shoes. The agency also helmed the brand’s ‘No One OutPizzas the Hut’ campaign.

Pizza Hut to Replace Papa John’s as NFL Sponsor added by Newsroom on March 1, 2018
View all posts by Newsroom →