By Newsroom on December 10, 2014Comments Off on Pub Firm Wetherspoon Ends Heineken Drinks Deal After Row 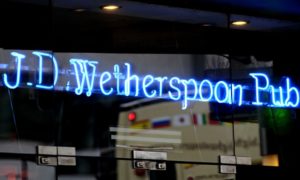 British pub group Wetherspoon said it would no longer sell Heineken drinks at any of its 926 pubs after a disagreement with the Dutch brewer over pricing in Ireland.

Wetherspoon, whose cheap drink and food offers have proved popular in the UK, has been selling pints of Heineken lager and Murphy’s stout at prices around 40 percent below the competition at its first Irish pub in Blackrock, Dublin.

The pub chain, which last year outlined plans for around 30 pubs in the Republic of Ireland, said the beer giant had refused to supply Heineken lager, Ireland’s biggest selling draught beer, and Murphy’s to its second pub in Dun Laoghaire, due to open this month.

The spat is another blow for Wetherspoon’s Irish ambitions. The firm does not serve Guinness there either after a disagreement on price with drinks group Diageo.

Wetherspoon said Heineken had also wanted personal guarantees from Chief Executive John Hutson in order to supply the Dun Laoghaire pub any of its others drinks, such as Strongbow cider and Foster’s lager. It did not say what the guarantees were. 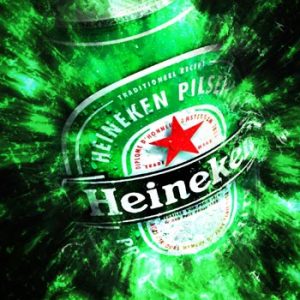 Wetherspoon founder and chairman Tim Martin said the brewer’s decision was “unacceptable and hard to understand”.

“We have been trading with Heineken for 35 years and they have never requested personal guarantees before. It’s obstructive to do so now, especially when we made record profits of around 80 million pounds last year,” he added.

Heineken, whose business with Wetherspoon is worth around 60 million pounds a year, said it was seeking a resolution as soon as possible.

“It is unfortunate that commercial issues in Ireland between Heineken Ireland and JD Wetherspoon have led to the current situation,” a spokesman for Heineken UK said in a statement.