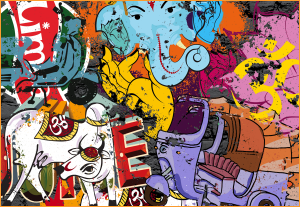 Turban Street Café aims to attract customers looking for an authentic taste of real Indian street food – serving up a variety of fresh Kati Rolls from succulent lamb, to tender chicken tikka and spicy chickpeas. Chef Bhatia is excited to bring his expert talent of creating cottonwool-like ‘Roomali Rotis’ for the Kati Rolls. This roti, meaning “handkerchief bread” is recognised for its thin and soft texture that is infamous throughout India, but yet to be acknowledged in the UK.

Chef Bhatia, a 5-star chef from Mumbai, aims to educate the locals with how real Indian street food should taste and eventually take the brand nationally. 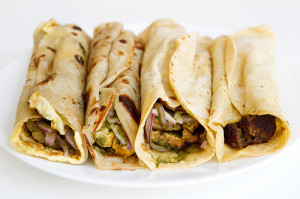 “In this day and age where Indian food has been reformed to the most sophisticated level, it has somehow lost its essence and authenticity. At Turban Street Café I am going to be bringing a very simple and honest plate of food to my guests, inspired by age old traditions and simplicity. We are redefining Indian street food.” He has stirred up a huge interest on his Twitter with food bloggers all over the world, and has recently been covered in The Times of India food blog and The Spice Times.

The café has taken inspiration from the streets of India not only through its menu, but customers will see exposed brick walls; rustic wood and steel beams throughout, keeping up with the street vibe, as well as painted images of the streets of India on the walls. It will also be the first café in the area to only serve Kati Rolls and authentic Indian drinks such as Limca, Thums Up and Mirinda and a traditional masala tea.