By Newsroom on June 6, 2013Comments Off on Russian Standard Becomes 2nd Largest Vodka Producer in the World 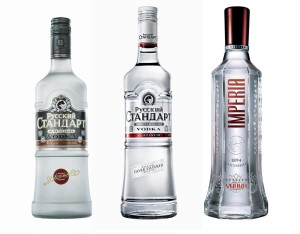 Russian Standard Corporation announced that it has completed its acquisition of Central European Distribution Corporation, adding more than a dozen brands to its portfolio and vaulting Russian Standard to the position of second-largest vodka producer by volume in the world.

The consolidated company has significant scale and breadth on a global basis, with over 34mn 9L cases of products sold annually.  Russian Standard is also now one of the world’s leading integrated spirits beverage and sparkling wine businesses with distilleries, production facilities and distribution centers spanning Russia, Poland, Hungary and Italy.

“We now have the most authentic and beloved vodka brands in the most important vodka homelands – Poland and Russia,” said Roustam Tariko, Founder and Chairman of Russian Standard. “As the vodka category continues its global growth, our diverse portfolio will be able to satisfy the taste of consumers around the world, from price conscious to premium.”

Building on its global production and distribution platform with sales in more than 75 countries, Russian Standard plans to significantly increase the export of its newly acquired brands, capitalizing on rising consumer demand for authentic spirits. At the same time, Russian Standard will benefit and learn from strong brands acquired in Poland, one of the world’s most historic vodka markets.

“With this acquisition we have fully invested in CEDC’s brands, in their history and in the people who make them,” Roustam Tariko continued. “As we move forward, we expect to have many opportunities together. We have greater potential as one company, with complementary brands, segments, import portfolios and export markets.”

The Russian Standard portfolio also includes Gancia, the legendary Italian sparkling wine, in which the company acquired a majority stake in 2011.

Russian Standard Becomes 2nd Largest Vodka Producer in the World added by Newsroom on June 6, 2013
View all posts by Newsroom →