By Newsroom on January 15, 2014Comments Off on Sartori to Release Special Parmesan Cheese for 75th Anniversary 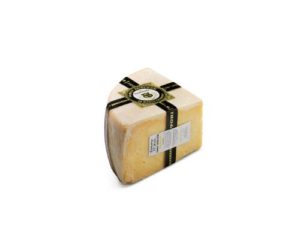 In celebration of Sartori’s 75th Anniversary, the artisan cheese producer is releasing a special Family Heirloom 36 month aged Parmesan.  Debuting at the January Fancy Food Show in San Francisco, this exclusive cheese will be available on a limited basis only in 2014.

To make Sartori’s 75th year of hand-crafted award winning cheese making extra special, the company has released an extraordinary treasure that was previously set aside only for family.

“Our Family Heirloom 36 month aged Parmesan cheese is a treat we’ve been able to pass down through the generations and now we’re happy to be able to share it with others,” stated CEO, Jim Sartori.

“It’s a little sweet, a little savory, and has been handled with a lot of extra love and care from our team members.  We hope others will experience the joy this cheese brings, just like we have over the years,” stated Jim Sartori.

Sartori to Release Special Parmesan Cheese for 75th Anniversary added by Newsroom on January 15, 2014
View all posts by Newsroom →