By Newsroom on October 5, 2016Comments Off on Seven Sunday Films and Mullen Lowe Jakarta Serve up a Tasty Treat for Indomie Real Meats

Director King Voon has cooked up something delicious for Indomie Real Meats in this latest film from Seven Sunday Films. 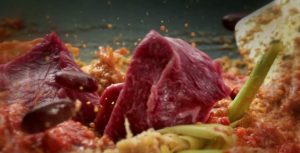 Featuring some sumptuous table top photography the film is the story of the products formation as we follow ingredients coming together to form a delicious beef Rendang, and in doing so, accomplish the difficult task of making real meat look appealing.

The film was shot by with a rich colour palette by DOP’s Jordan and Kent in a manner that delivers stunning appetite appeal, as well as crafting a lifestyle piece that succeeds in being both elegant and inviting. 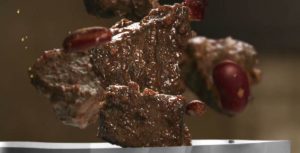 Two products were shot simultaneously, with King Voon overseeing two separate units to complete the shoot within two days, while maintaining production values across both cameras.

Produced by Seven Sunday Films’ Rodney and Ajeng Vincent, the film was made in collaboration with Mullen Lowe Jakarta and Indofood.

Seven Sunday Films and Mullen Lowe Jakarta Serve up a Tasty Treat for Indomie Real Meats added by Newsroom on October 5, 2016
View all posts by Newsroom →