By Newsroom on February 2, 2016Comments Off on Skittles Asks Fans to Root for The Rainbow During Super Bowl 50 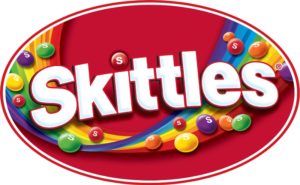 There are 32 teams in the NFL but only two teams in the Super Bowl. Skittles wants to give every football fan something to root for on February 7, so they’re offering the chance to “Root for The Rainbow” during the game. And, when a rainbow appears in San Francisco during the Super Bowl fans may get a free pack of Skittles.

“The NFL has an incredible fan base and so does Skittles,” said Matt Montei, Senior Marketing Director, Confections and Seasonal at Wrigley. “We’ve had fun celebrating teams and players all season long, and what better way for the season to end than with a rainbow during the Super Bowl to reward our fans.”

As an official sponsor of the NFL, Skittles kicked-off the “Root for The Rainbow” program with AFC Champion DeMarcus Ware and NFC Champion Luke Kuechly who each helped their local meteorologists give the forecast for Sunday’s game.

To be eligible to get a free pack of Skittles when a rainbow appears during the Super Bowl, fans need to follow @Skittles on Twitter. Fans must show their support by tweeting before kickoff with the hashtags #SkittlesRainbow and #Contest.

Skittles Asks Fans to Root for The Rainbow During Super Bowl 50 added by Newsroom on February 2, 2016
View all posts by Newsroom →