By Newsroom on May 13, 2013Comments Off on Sons of Liberty Spirits Co. Launches Hop Flavored Whisky 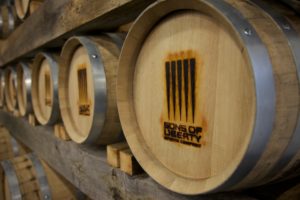 The Sons of Liberty are continuing their craft of creating seasonal whiskies with their 2013 Summer Release – Hop Flavored Whisky.

“We asked ourselves, if whisky is a beer that has been distilled, why is no one brewing the beers we love and turning them into whisky?” said Mike Reppucci, owner and founder of Sons of Liberty Spirits Company. “Then we asked, why not take the seasonality that’s successful in beers and bring it to the whisky category?”

The Hop Summer Release started its life as an IPA. Through distillation, barrel-aging and dry hopping, the final product is a whisky that brings the taste of the season through the experience. 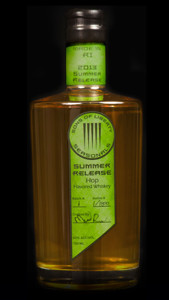 The nose is hop forward with hints of lemon and grapefruit. With its malty first sip, light mouth feel and a hoppy finish this will soon become a warm weather favorite of New England consumers.

This product launch comes just a few weeks after Sons of Liberty’s Winter Release, a Pumpkin Spice Flavored Whisky, was awarded Best of Category among Flavored Whiskies by The American Distilling Institute in their 7th Annual Judging of Artisan American Spirits; the Sons of Liberty were one of 124 distilleries to submit spirits for judging.

“The Hop Summer Release was crafted with the “hop head” in mind – the distinct presence of hops and citrus makes for a refreshing drink on the rocks, or awesome cocktails such as a whisky tonic. If you want to try before you buy, please come down to the distillery any Saturday, we do tours & tastings 12-4pm,” says Reppucci. The hand signed, 1,800 bottle release is now available in RI and MA.

Sons of Liberty Spirits Co. Launches Hop Flavored Whisky added by Newsroom on May 13, 2013
View all posts by Newsroom →