By Newsroom on July 1, 2014Comments Off on Spicy Street Taco Claims Top Spot As Doritos Jacked Mystery Flavors Are Revealed

The summer’s hottest snack food mystery has been solved. Doritos, one of the flagship brands from PepsiCo’s Frito-Lay division, revealed the three mystery flavors of Doritos Jacked tortilla chips that hit store shelves in the spring: Spicy Street Taco (red bag), Chocolate Chipotle Bacon (blue bag) and Caribbean Citrus Jerk (orange bag). Spicy Street Taco proved to be the fan favorite — collecting the most votes on www.BoldFlavorExperiment.com — and will be brought back to store shelves as an official Doritos Jacked flavor in the fall. The flavor offers a bold combination of sriracha sauce and savory taco spices cooled with a kick of sour cream. 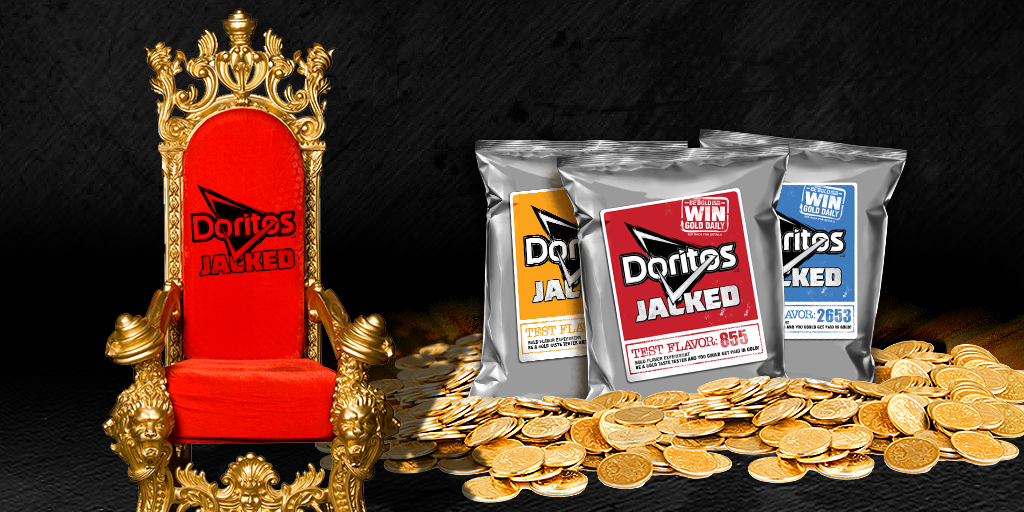 Since April 29, the Doritos brand has challenged fans to taste, debate and ultimately vote for their favorite mystery flavors for the chance the collect bold rewards. This included daily giveaways of one-ounce gold coins valued at more than $1,200 each (based on the current value of gold), as a way to celebrate the origin of the Doritos name, which translates to “little bits of gold” in Spanish. Additionally, the Doritos brand released clues to the mystery flavor profiles, giving fans even more chances to win other cash prizes.

Introduced in 2012, Doritos Jacked is everything fans love about Doritos tortilla chips, only jacked up for a bigger and bolder experience. Forty percent bigger in size and thickness, the chip delivers a one-two punch of intense flavors followed by a twist of spice or tanginess that packs the ultimate crunch.

The Bold Flavor Experiment builds on the Doritos “For the Bold” global marketing campaign that celebrates the brand’s legacy of empowering its fans to seize the moment and live boldly. Over the years, the Doritos brand has done everything from turning over its commercial airtime so fans can crash the Super Bowl with their homemade advertisements, to most recently rewarding fans with the ultimate concert experience if they completed a series of challenges known as “Bold Missions.”