By Newsroom on February 25, 2013Comments Off on Study Show Mediterranean Diet with Walnuts Reduces Risk of Cardiovascular Diseases

Published online by the New England Journal of Medicine, findings from the landmark Spanish PREDIMED (PREvención con DIeta MEDiterranea) trial, report that a Mediterranean diet including nuts, primarily walnuts, reduced the risk of cardiovascular diseases (myocardial infarction, stroke or cardiovascular death) by 30% and specifically reduced the risk of stroke by 49% when compared to a reference diet consisting of advice on a low-fat diet (American Heart Association guidelines). 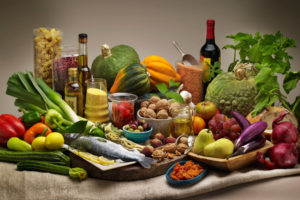 As one of the world’s largest and longest dietary intervention studies, PREDIMED is a multicenter, randomized, primary prevention trial of cardiovascular disease funded by the Spanish Ministry of Health.

These findings are significant considering that heart disease is the leading cause of death for both men and women in the United States.

In addition to being the first and third leading causes of death in America, heart disease and stroke result in serious illness and disability, decreased quality of life, and hundreds of billions of dollars in economic loss every year.

According to lead researcher Dr. Ramon Estruch, “The results of the PREDIMED trial are of utmost importance because they convincingly demonstrate that a high vegetable fat dietary pattern is superior to a low-fat diet for cardiovascular prevention.”

Co-investigator Dr. Emilio Ros believes that the unique nutrient profile of walnuts may be a key factor responsible for the benefits reported in the PREDIMED study.

“In addition to being the only nut containing significant amounts of alpha-linolenic acid – the plant-based omega-3 fatty acid – walnuts offer numerous antioxidants and additional nutrients that, I believe, work together synergistically to produce their cardiovascular protective effect,” states Dr. Ros. 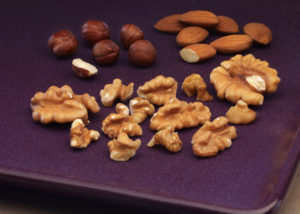 The study has had continuous support and advice from key investigators in Columbia, Harvard, and Loma Linda universities and the EPIC-Spain study. Supplemental foods were donated, including extra-virgin olive oil (by Hojiblanca and Patrimonio Comunal Olivarero, both in Spain), walnuts (by the California Walnut Commission), almonds (by Borges, in Spain), and hazelnuts (by La Morella Nuts, in Spain).

None of the sponsors had any role in the trial design, data analysis, or reporting of the results.