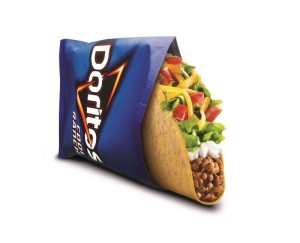 Cool Ranch Doritos Locos Tacos is made with premium seasoned beef, crisp lettuce, real cheddar cheese in a shell made from Cool Ranch Doritos tortilla chips. The coolest twist on the world’s most talked about taco will be available in all Taco Bell Canada restaurants from coast-to-coast.

“Since Nacho Cheese Doritos Locos Tacos is such a huge hit, we’re excited to introduce a new flavour to our fans,” says Susan Irving, Marketing Director, PepsiCo Foods Canada. “This bold combination brings together one of the most popular Doritos flavours with Taco Bell’s classic taco to create an exciting experience for Canadian customers from coast-to-coast,” adds Irving.