McDonald’s Is Now Selling The Secret Sauce In Its Big Mac For US$18,000 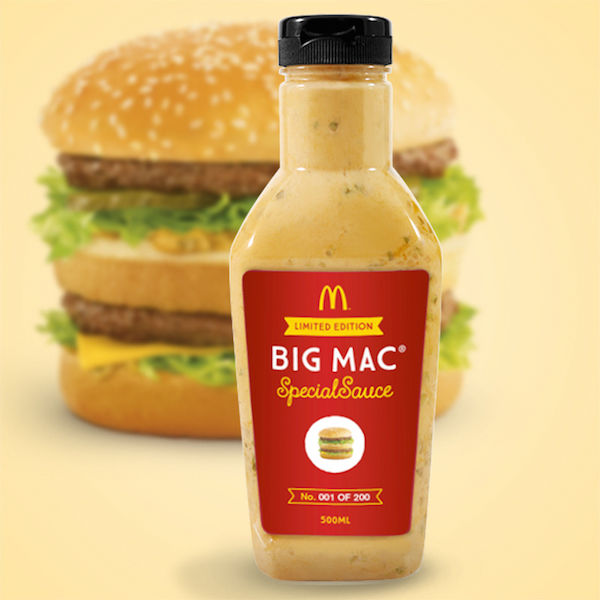 For the first time ever, McDonald’s is selling bottles of the “secret” sauce used in its Big Macs. Marketed as the ‘Big Mac Special Sauce’, McDonald’s will only be releasing 200 500ml bottles of its highly coveted sauce worldwide. Currently, McDonald’s Australia is bidding off the first bottle of its special sauce on eBay, in […]