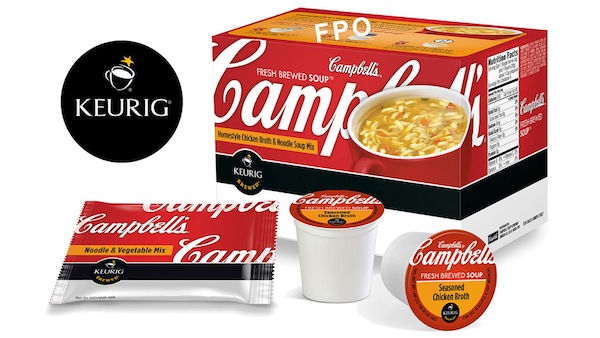 Thanks to a collaboration between instant soup company Campbell’s and coffee machine maker Keurig, we will soon be able to make soup and coffee with the same machine. Creating a Campbell’s Soup K-cup of broth that works with Keurig’s single serve machines, the special soup pack will also come with a packet of dried noodles […]

How much is a Facebook Like worth? To you, probably nothing, with updates or comments receiving numerous Likes making no difference to your life. For brands, it’s different. Each Facebook Like is another notch on the bedpost, with a real person having publicly stated that they like this company so much they don’t care who […]