By Newsroom on August 23, 2018Comments Off on Tony Romo to Operate the Corona Hotline this American Football Season

How would you like to get gameday predictions and reflections from former star quarterback and current football analyst Tony Romo this football season? With the Corona Hotline, he’s just one call away.

Beginning August 21, the hotline from Corona Extra kicks off with a national campaign in the US that includes TV advertising, retail programming and both social and digital promotion. 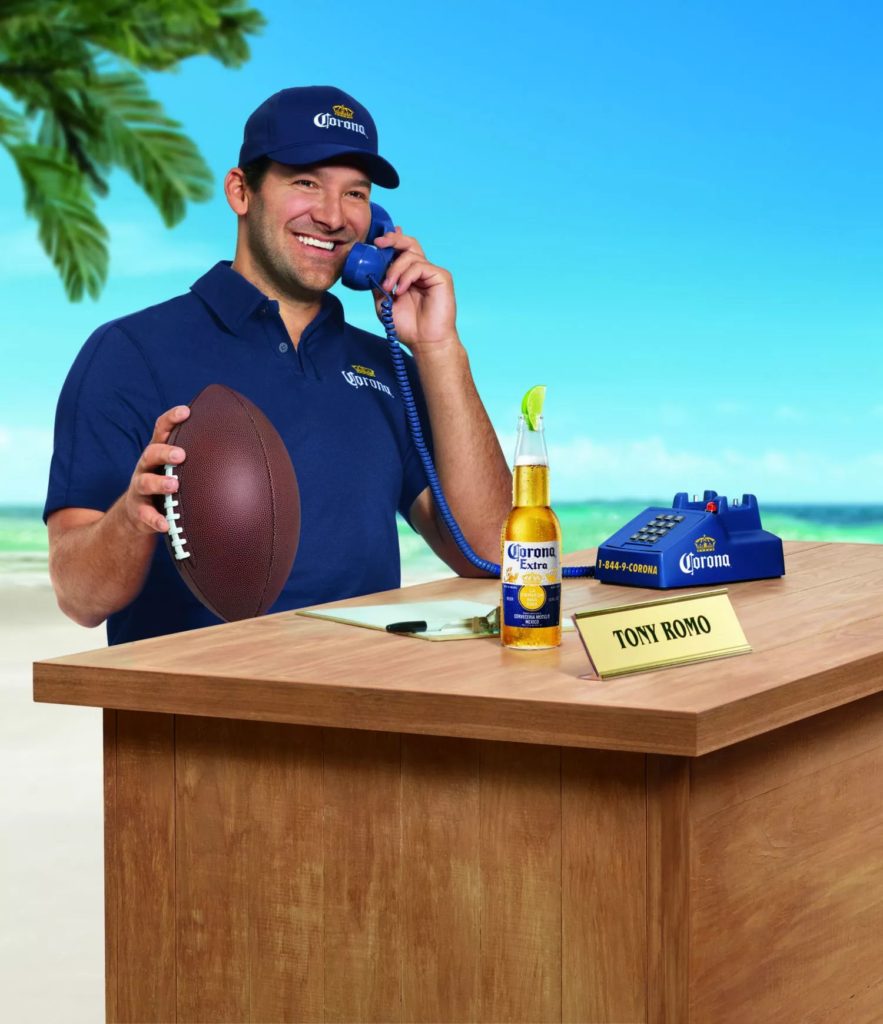 Fans can call 1-844-9-Corona to hear Romo’s thoughts on the season and enter to win prizes such as Corona gear or poolside seats in Las Vegas for Super Bowl weekend.

“I am thrilled to join the team and man the Corona Hotline,” said Romo. “Between fantasy match-ups and waiting each week for your favourite team’s game, football brings a lot of excitement. I am ready to help fans deal with the highs and lows of this football season, so they can kick back and enjoy with friends and family.”

This is the second season for the Corona Hotline, which was manned by Jon Gruden in 2017, who returned to the sidelines to coach the Oakland Raiders this season.

“Last year we saw a great reaction to our campaign, which is one of the reasons we’re back this year,” said Ann Legan, Vice President of Brand Marketing for Corona. “The hotline was developed for fans to experience football the Corona way. Last year we saw fans calling into the hotline and interacting with the brand on social media. Given those successes, and that we have Tony Romo as our new hotline operator, it was a no-brainer for us to bring an enhanced version back this football season.”

When asked what they were looking for in a candidate to replace Gruden, Legan pointed to Romo’s marketability and skills as a former player and commentator.

The campaign was devised by American creative agency Cramer-Krasselt.

Tony Romo to Operate the Corona Hotline this American Football Season added by Newsroom on August 23, 2018
View all posts by Newsroom →