By Newsroom on January 26, 2017Comments Off on Tony The Tiger Hits The Road To Introduce New Kellogg’s Cinnamon Frosted Flakes 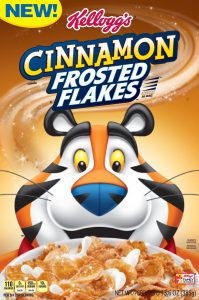 The road trip kicks off today in New York City as Tony and internet celebrity and nationally recognized magician Justin Flom unveil the magic of how Cinnamon and Frosted Flakes have come together at last. On January 31, Tony will visit Chicago and team up with photographer Elise Swopes to snap tasty photos as they try out the new Cinnamon Frosted Flakes in iconic locations around the city. The last stop will be in Los Angeles as Tony meets up once more with Flom and also hits the streets with skateboarder Lizzie Armanto to chase down a bowl of the new flavour.

“I’m thrilled to be teaming up with Tony to show fans around the country how we’re trying out new Cinnamon Frosted Flakes by bringing a little magic to their days,” said Justin Flom. “Together we’re encouraging people to Let Their Gr-r-eat Out in their own way, all inspired by the new delicious flavour.” 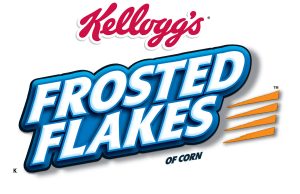 New Cinnamon Frosted Flakes is a long-awaited innovation and was driven by fan demand and preferences. Kellogg’s engaged hungry fans to hear what they wanted, allowing them to weigh in throughout the process – from the type and amount of cinnamon to the frosting method for the perfectly flavored flake. The Kellogg’s Research & Development team considered more than 100 variations, evaluating the intensity of the cinnamon as well as the addition of vanilla and notes of caramelized sugar and maple before settling on the final sweet combination – using real korintje cinnamon.

The release of Kellogg’s Cinnamon Frosted Flakes follows on the heels of the successful “Let Your Gr-r-reat Out” platform launch last summer, which encourages dads and tweens to be true to themselves and proudly share with the world what makes them gr-r-reat. The new platform has already led to growth for Frosted Flakes with 2016 Q3 sales delivering the highest quarterly increase in over three years.

Tony The Tiger Hits The Road To Introduce New Kellogg’s Cinnamon Frosted Flakes added by Newsroom on January 26, 2017
View all posts by Newsroom →