By Newsroom on July 26, 2017Comments Off on Washington Redskins Name PepsiCo Exclusive Beverage and Snack Partner 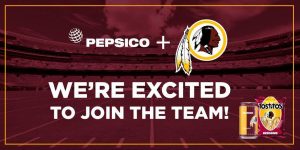 American Football team The Washington Redskins and PepsiCo announced a long-term partnership making the Food and Beverage giant the official and exclusive non-alcoholic beverage and snack provider for the team and FedEx Field. 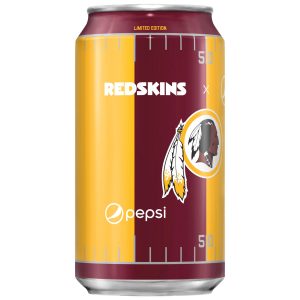 “PepsiCo is a world-class organization with a deep and unique understanding of the NFL and its fans,” said Redskins Owner Daniel Snyder. “We’re thrilled to bring PepsiCo’s wide array of popular beverage and food brands — as well as new and engaging experiences — to our fans.”

“The Redskins are one of the most storied franchises in NFL history,” said CEO of PepsiCo North America Al Carey. “We’re proud to offer our broad lineup of beverages and snacks, including choices for every consumer occasion, to the Redskins family. We’ll put fans first in everything we do. We already have some great ideas on how to bring new experiences to the fans and the community and we’re looking forward to getting started.” 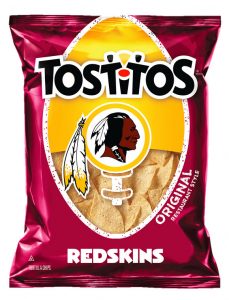 Pepsi and Tostitos will release limited-edition Redskins packaging this fall in the Baltimore/Washington, DC area. Tostitos’ new “Lucky Bags” — perhaps the luckiest tortilla chips ever made — include team-inspired packaging that celebrates the official traditions of 19 NFL teams. Giving a nod to rituals and lucky charms, Tostitos created original content honouring the historic Redskins marching bands — one of the oldest in the NFL — with a one-man band playing songs as the chips came off the production line, infusing them with Redskins luck.

In celebration of the new partnership, Pepsi will sponsor an exciting event to kick off the season in an unforgettable way. PepsiCo also will be the presenting partner of the Redskins 2017 season.