By Newsroom on January 13, 2014Comments Off on Whisky Advocate Names Diageo Distiller of the Year 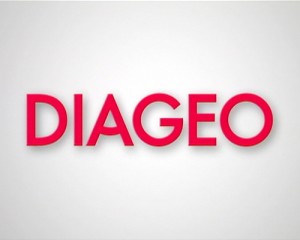 Diageo, the world’s leading spirits, beer and wine company, has been named Whisky Advocate’s Distiller of the Year. Whisky Advocate, one of America’s foremost publications on whisky, cited Diageo’s distillery investment in Scotland, distillery sustainability initiatives, and significant innovation occurring across its whisky portfolio as evidence of the company’s contributions to the global whisky landscape.

“This honor reinforces Diageo’s position as the leader in the craft of whisky distilling,” said Larry Schwartz, President, Diageo North America. “Within our collection of more than 100 Scotch, Irish, Canadian and American whiskies, we have some of the world’s largest and fastest-growing brands. Our whisky portfolio, and the craftsmanship that goes into creating it, is unrivalled.”

Illuminating on their selection, Whisky Advocate wrote, “Substantial investment, a world-beating vision for future growth, and harnessing their guardianship of brand history to reach out to consumers have helped our Distiller of the Year deliver an incredible portfolio of whiskies to suit all pockets and preferences.” 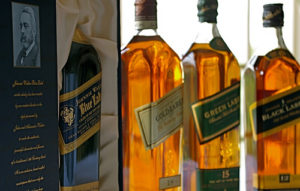 Whisky Advocate also recognized Diageo’s Talisker Storm as the Highlands/Islands Single Malt Scotch Whisky of the Year. Talisker Storm debuted in the fall as the brand’s first major non-age declared Scotch whisky innovation released in the United States. Because the liquid does not carry an age statement, the Master Blender has greater flexibility to blend a fuller range of Talisker whiskies together in one vibrant dram, creating a truly unique, award-winning malt.

The Whisky Advocate Awards program, now in its 20th year, is the longest-running and oldest annual whisky award program.  According to the publication, the awards are a “recognition of a combination of excellence, innovation, tradition, and … simply great-tasting whisky.”

Diageo will be featured, along with fellow award winners, in the magazine’s Spring 2014 issue.

Whisky Advocate Names Diageo Distiller of the Year added by Newsroom on January 13, 2014
View all posts by Newsroom →