Absolut Karnival Takes Carnival by Storm in Trinidad and Tobago

By Newsroom on February 28, 2014Comments Off on Absolut Karnival Takes Carnival by Storm in Trinidad and Tobago 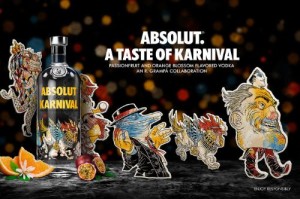 Absolut is proud to announce that the world-renowned vodka will be unveiling its newest flavor and bottle, Absolut Karnival, at one of the world’s most prominent carnival celebrations in Trinidad and Tobago. The passion fruit and orange blossom-flavored limited edition Absolut Karnival will capture the transformative energy of Carnival.

Inspired by carnival and launched in a big way, Absolut will be participating, or “playing mas” as it is known locally, in Port of Spain for the first time with the bottle’s exclusively designed characters. The Absolut Karnival Cocktail truck that features the distinct shape of the Absolut bottle will be strutting down the parade route with one of the island’s most revered bands, Harts. 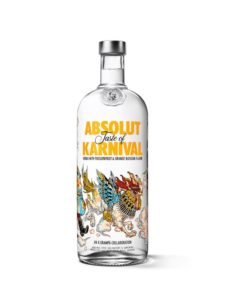 The alignment with Harts joins one of the island’s most premium bands with the premium vodka brand. The family owned band that has been around for more than 50 years and has won Carnival five times is welcoming the Absolut Karnival Cocktail truck for the first time.

Absolut unveils the newest Karnival bottle design, featuring artwork by the Brazilian graphic novel artist and writer Rafael Grampa. The five characters symbolize freedom, spirit, smoothness, style and happiness; elements that are vital to the joy and celebration of carnival.

All five characters, along with stilt walkers, will be playing mas on Carnival Monday, March 3 and Tuesday, March 4 with “masqueraders” and Absolut personnel will be handing out complimentary samples.

Look for the Absolut Karnival Cocktail truck playing mas with Harts and get your taste of Karnival.

Absolut Karnival Takes Carnival by Storm in Trinidad and Tobago added by Newsroom on February 28, 2014
View all posts by Newsroom →