By Newsroom on January 18, 2017Comments Off on Absolut Launches New Absolut Lime, the Latest Addition to the Brand’s Flavour Portfolio 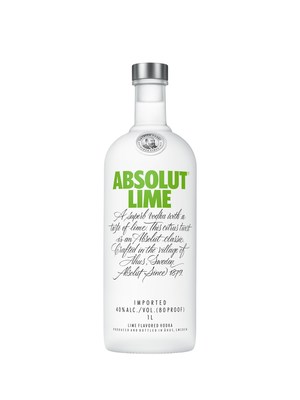 Absolut officially unveils Absolut Lime as the newest, most refreshingly versatile addition to round out the iconic Absolut citrus portfolio, joining Absolut Citron and Absolut Mandrin – the No. 1 selling lemon and orange-flavoured vodkas in the US. In addition to hitting nightlife destinations and at-home bar carts nationwide, Absolut Lime will step into the “limelight” at the 59th GRAMMY Awards on February 12, 2017.

The brand’s multifaceted sponsorship will include TV, digital, social and a signature GRAMMY Awards cocktail – the Absolut Limelight.

Nearly 30 years ago, Absolut introduced Absolut Citron – a flavour that quickly skyrocketed into pop culture as a key ingredient in the Cosmopolitan cocktail. Ten years later, Absolut Mandrin further diversified the brand’s flavour line-up offering the perfect hint of sweetness. And like its citrus counterparts, new Absolut Lime features its own distinct flavour profile with a balance of full-bodied citrus flavour with a light finish.

“Lime is a very dynamic and complex fruit and we believe we’ve created the perfect flavour blend in Absolut Lime to enhance and elevate a variety of cocktails,” said Nick Guastaferro, Director of Marketing, Absolut, Pernod Ricard USA. “Thanks to a delicious flavour and easy mixability, Absolut Lime is great for going out or staying in, for creating simple or complex cocktails. We can’t wait to see how our fans take Absolut Lime and make it their own to create their Absolut Nights.” 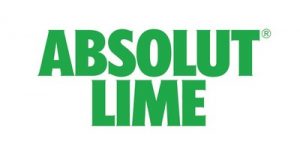 Absolut Lime embodies the brand’s ongoing commitment to superior quality vodka. Like every drop of Absolut Vodka found anywhere in the world, the new flavour is produced in a small village in Southern Sweden named Ahus. Ahus is Absolut’s One Source, where high-quality ingredients come from the hands of trans-generational farmers with an unwavering commitment to produce superior, high-quality vodka – all within a small, 75 mile radius.

Superior flavoured vodka deserves a star-studded debut. As the official spirits partner of the 59th GRAMMY Awards  the spotlight will shine on Absolut Lime, refreshing Music’s Biggest Night with the, “Absolut Limelight.” 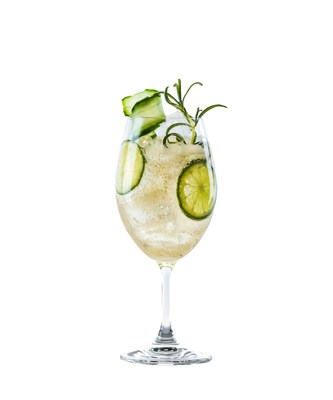 With a refreshing mix of soda, ginger ale and Absolut Lime – the Absolut Limelight will be featured throughout the GRAMMY Awards in TV, digital and social channels giving viewers, music and nightlife fans alike the chance to toast alongside their favourite artists.

“We can’t think of a better place to officially launch Absolut Lime than the GRAMMY Awards,” says Guastaferro. “Music has an inherent ability to bring people together in unique, unexpected ways – which is at the heart of Absolut’s DNA as a leader in nightlife, inclusivity and unexpected social connections. Absolut Lime offers a new, refreshingly simple way for consumers to reimagine their cocktail, nightlife and social scenes.”

Absolut Launches New Absolut Lime, the Latest Addition to the Brand’s Flavour Portfolio added by Newsroom on January 18, 2017
View all posts by Newsroom →